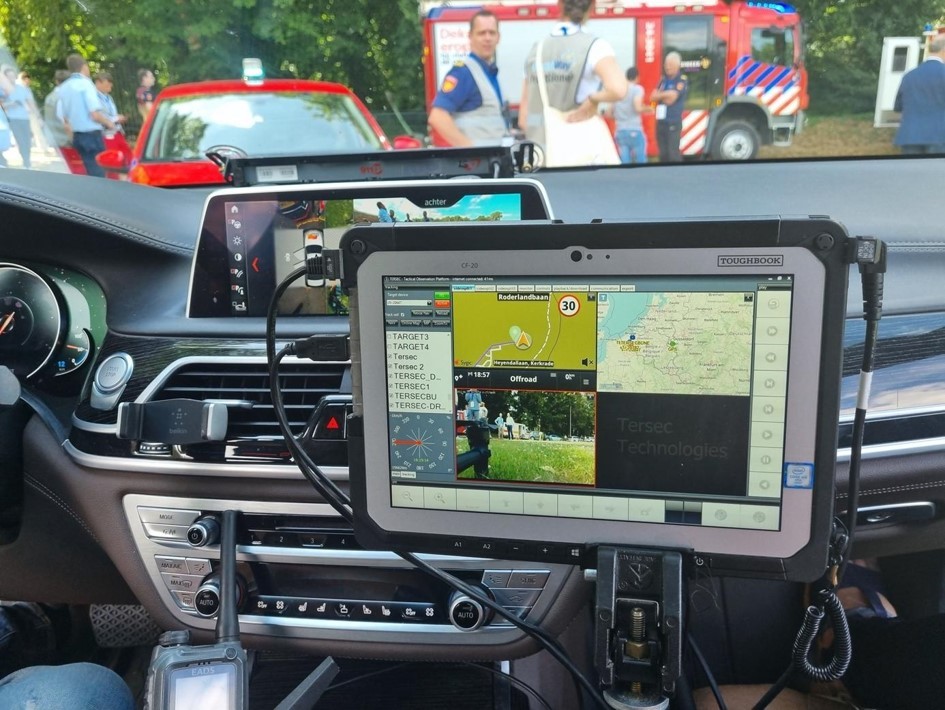 The Airbus consortium set up the entire field test network to facilitate the pursuit in different countries via secured communications.

An Airbus-led consortium with: VodafoneZiggo (Netherlands), BICS (Belgium), StreamWide Technology (France), Telekom Slovenia (Slovenia) and Latvia Mobile Telecom (LMT) (Latvia), Pentatech (Poland) and Umlaut (Germany) has successfully completed the second scenario of the BroadWay project, with a full-scale field test in the Kerkrade region, located in the border area between Belgium, Germany and the Netherlands. This constitutes a new achievement in critical cross-border communications that concludes this European funded project*.

More than seventy officers from the different national emergency services carried out this real-life scenario involving the staged pursuit of a drug dealer in Kerkrade, a city close to several borders. Due to its strategic location this Dutch municipality was selected as the ideal area to show the Airbus consortium solution’s capability to enable cross-border communications for Public Protection and Disaster Relief.

One of the consortium members, Vodafone, has implemented mission critical features (QoS, ARP) in its network, and established an interface to the home network to automatically receive the relevant critical comms profile of the user. This allowed user applications such as Push-to-Talk and Push-To-Video to work seamlessly and without potential capacity issues.

The pursuit of a drug smuggling vehicle in this cross-border area demonstrated the technical features of the Airbus Tactilon Agnet critical communications solution, enabling real time information sharing between security and rescue forces from different countries acting in a border area.

The consortium’s solution also addresses the multi-disciplinary aspects of communications in emergency situations, between different organizations such as police forces and fire departments.

“Through this joint effort we have been able to reach an important milestone in the completion of the BroadWay project and more largely in the service of critical cross-border communications. Practitioners' involvement has been key since the inception of BroadWay to ensure that the developed solutions, in this case Tactilon AGNET, meet the needs of first responders on the ground,” said Eric Davalo, Head of Europe Sales at Airbus Secure Land Communications.

Stefco Kraaij, digital transformation leader Public Sector at VodafoneZiggo said: "In this pilot the BroadWay Project successfully demonstrated through ‘Quality of Service’ technology that emergency services can receive priority on the mobile network, both on the domestic network as well as on the roaming network when crossing an EU country border. Thanks to this, emergency services can rely on all critical communication services such as push-to-video and push-to-talk during cross-border operations.”

After successfully completing the two scenarios - a forest fire in Ljubljana and a drug trafficking scenario in Kerkrade - the Airbus consortium has closed the BroadWay project. The next step, BroadNet, will further pave the way towards a broadband based communication system for our public safety workers. This next step is currently under preparation.