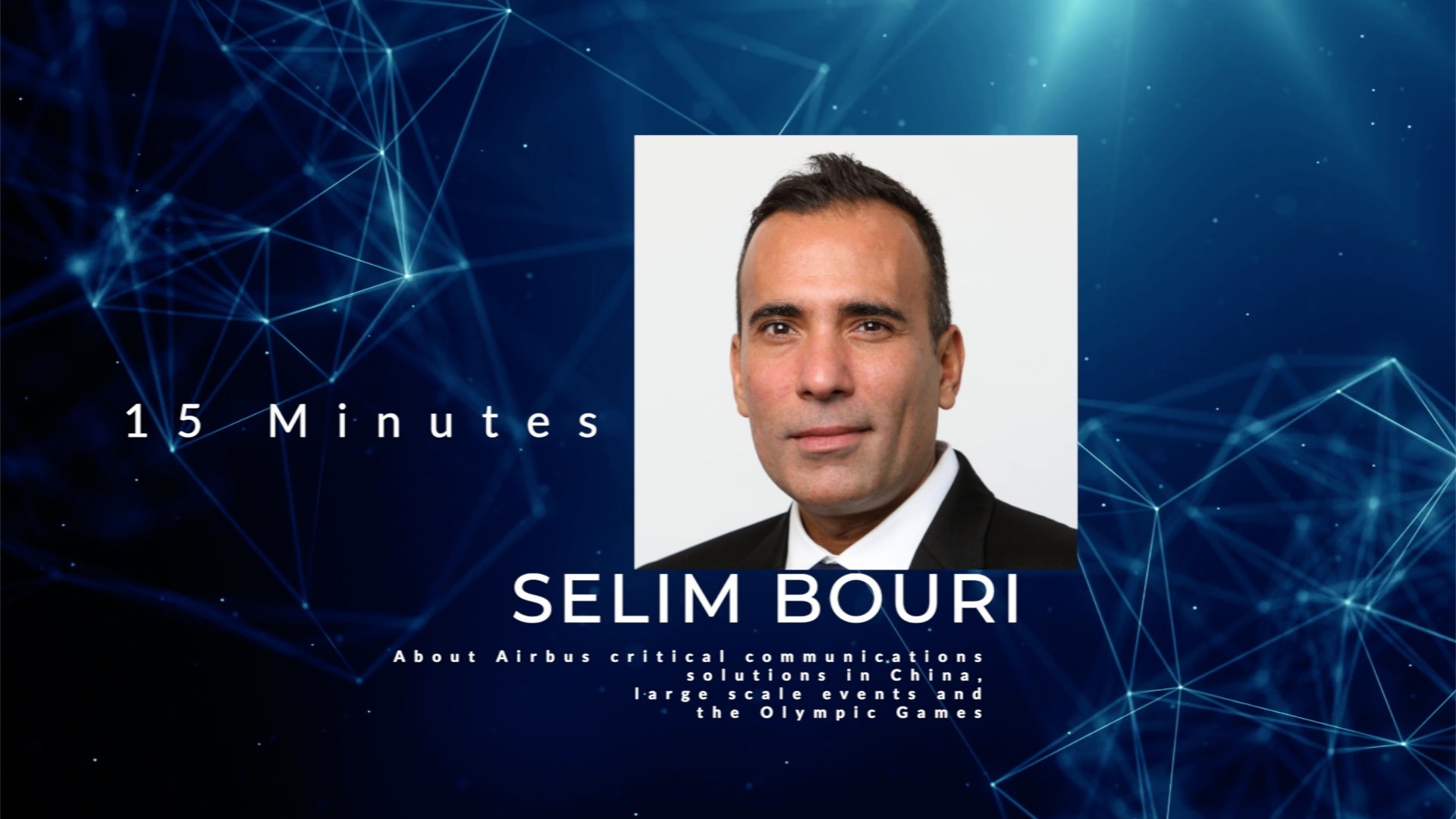 It is interesting to know that Airbus is currently the only company that officially supplied a critical communications network to two Olympic Games. One network during the 2008 summer Olympics and a network for the Olympic winter games, that ook place earlier this year. And when we talk about large scale events, here are a few numbers... This winter, the Airbus Beijing Shared 'Just Top' Network registered more than 70.000.000 calls and more than 40.000 users communicating through one single site. More numbers to be found in the video. Bouri also talks about the most difficult things when implementing such a large network.

Furthermore in the interview, he discloses his wish-list on large scale events and when looking into the near future on the implementation of critical communications for late scale events, Bouri foresees that the collaboration platform, ‘Tactilon Agnet’ will be the red wire through the entire communications network, for example connecting drone management, sensor technology, TETRA and broadband communications as well as Satellite communications.

And about the so called 'Killer App'?

Bouri explains more in the interview below.

Calling all pilots who wish to fly their planes in Spain! Iberia (IB) is now recruiting pilots. #AirNostrum #Airbus… twitter.com/i/web/status/1…

Exclusive: Twenty-three grounded Airbus A350s in Doha are at the center of a $1 billion court battle between… twitter.com/i/web/status/1…

#CCW2022 is now over and what a week it was. The Airbus demos gathered a lot of interest and winning two ICCA award… twitter.com/i/web/status/1…

There have been so many exciting moments at #CCW2022! You can already have a look at the Airbus photo gallery to se… twitter.com/i/web/status/1…