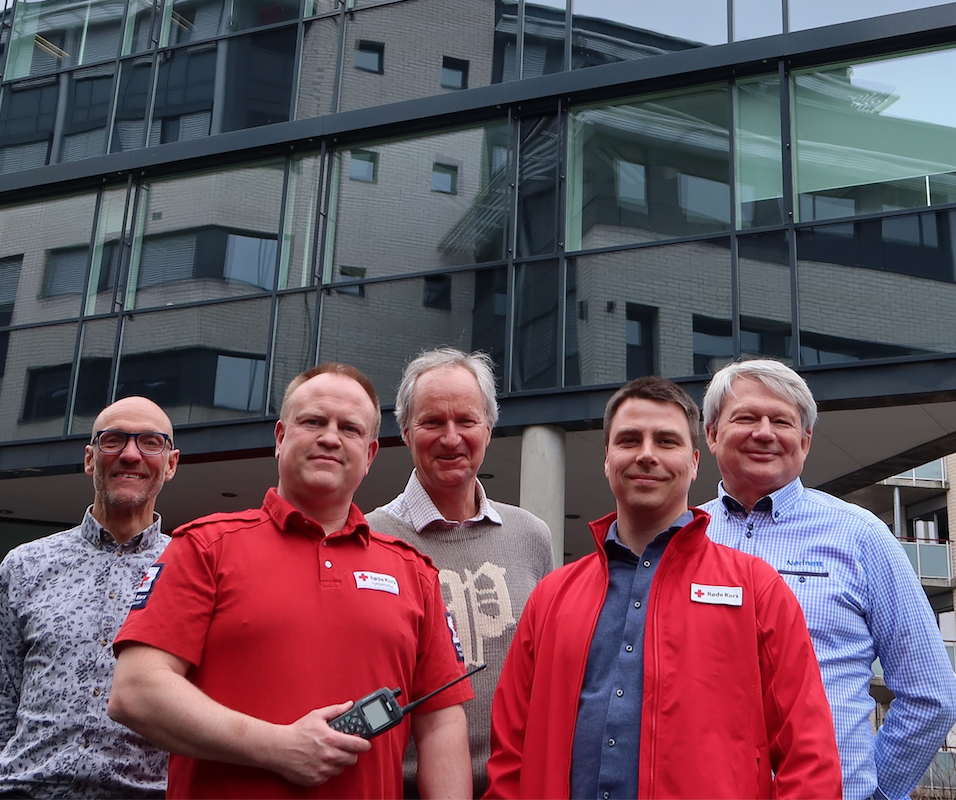 The donated radios were part of the Nødnett pilot for Statnett.

Statnett, a Norwegian state owned enterprise responsible for owning, operating and constructing the stem power grid in Norway, has donated Nødnet TETRA radios that were used for a pilot by Nødnett in the organization. They have recently chosen to use Nødnett throughout the whole country, and have acquired new terminals. The terminals that were used in the pilot phase are now being enjoyed by the Red Cross. There are a total of 24 terminals with various accessories that are used by the Red Cross' Search and rescue organization in the Sogn og Fjordane and Finnmark region.

Jon-Harald Bråten, liaison leader in the Red Cross Search and Rescue Organization, says that the new terminals come in handy, as the search and rescue organization in these two regions had few terminals in relation to the number of volunteers.

"Statnett is happy to be able to support voluntary organizations, especially as 2022 is the year of volunteering." says Kåre Rudsar, senior adviser at Statnett.