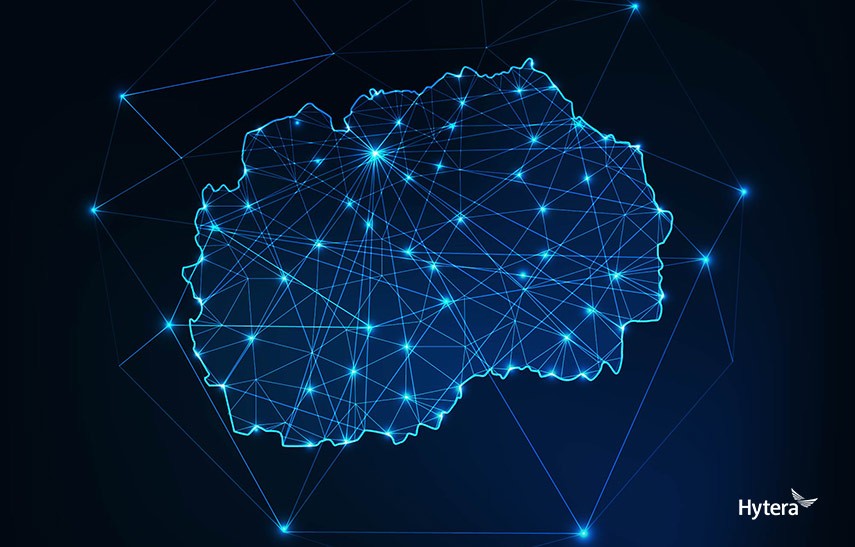 Hytera Mobilfunk (HMF), together with its local partner Saga MK, has been awarded the contract to expand the nationwide TETRA radio network for public safety in the Republic of North Macedonia.

The focus of the current expansion is the complete upgrade to ACCESSNET-T IP technology.

"This means that the police and security forces in the Republic of North Macedonia will be communicating completely via an IP-based solution. In addition to the upgrade of the existing system, the latest TETRA technology from Hytera is also being used with more than 20 additional base stations of latest state of art and technology DIB-R5 outdoor and well-known DIB-R5 advanced," says Tsvetomir Benchev, Sales Director East and South Europe at Hytera Mobilfunk.

With the upgrade, police and security forces in the field will benefit from more radio capacity and extended radio coverage.

In addition to the optimization of the TETRA infrastructure, the expansion package also includes the delivery of a Sepura helmet radio solution specifically for police with motorcycles.

Hytera Mobilfunk (HMF) is continuing its many years of good and reliable cooperation in the country. In 2009, HMF had already implemented a nationwide ACCESSNET-T system for public safety in North Macedonia and most recently extended it in 2012.

"We are proud to have been a reliable partner for the North Macedonian public safety sector for many years and thank them for the trust they have once again placed in us," says Tsvetomir Benchev.

RT @Hytera_UK: Replacing an #Analogue system with #Hytera #DMR solutions provides 100% coverage on site, even in ‘crypt’ areas. For complex…

CPOSCO Recognizing and proud user of Hytera VM780. VM780 which is ideal for security and making cities safe. It is… twitter.com/i/web/status/1…