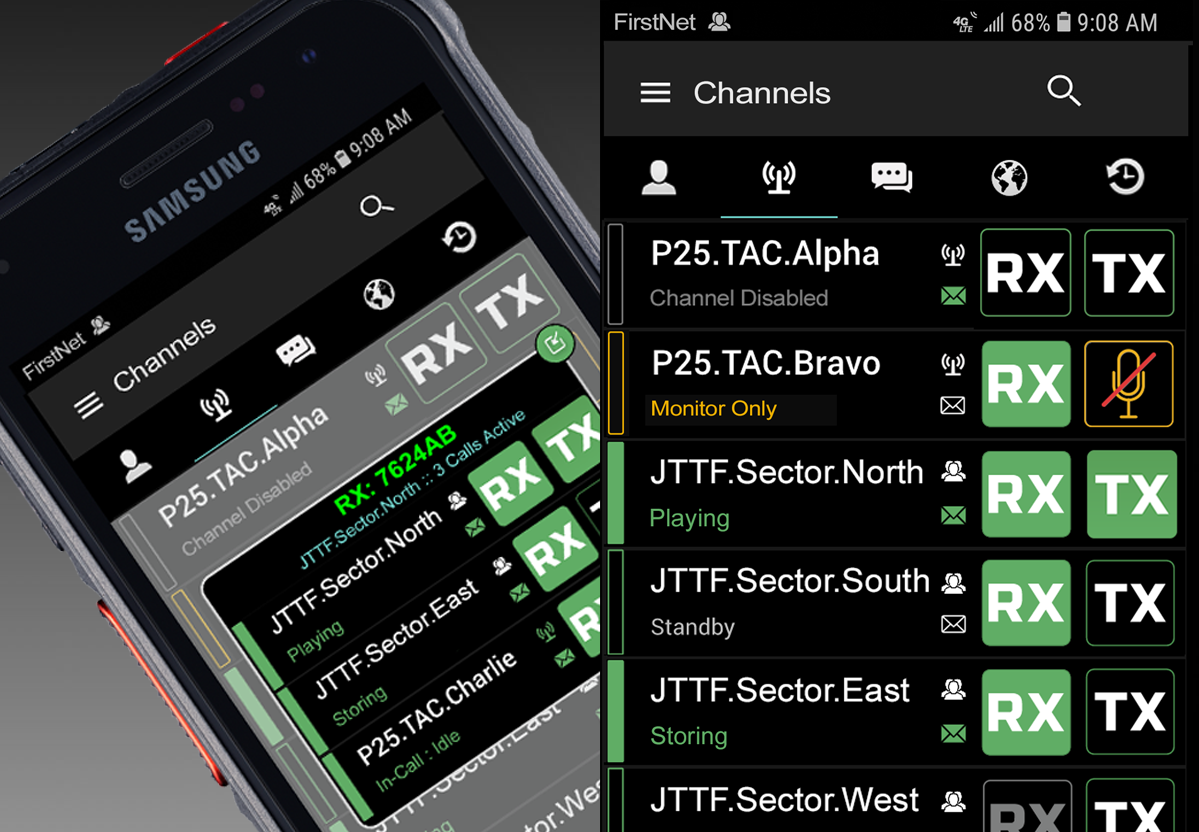 The ESChat second generation Android product is now available, supporting a host of new features and building upon a thirteen-year legacy as the market leading broadband Push-to-Talk solution.

ESChat this week, announced availability of its second-generation Android product, as the company continues to build upon its market leading position in the broadband Push-to-Talk (PTT) market. The second-generation Android product is part of the planned evolution of the ESChat product line, making available new features added to the ESChat infrastructure during the second half of 2020. A second-generation iOS client will be available later this quarter. Both products are part of a planned upgrade to the original ESChat product which launched in 2008 in partnership with Verizon Wireless.

The second-generation feature set includes a host of new capabilities not previously available in the broadband PTT market — including features required to meet the growing market of hybrid PTT networks consisting of traditional land mobile radio (LMR) systems combined with ESChat broadband PTT. The feature set includes the ability for a user to simultaneously participate in up to four calls, a new priority scan mode similar to P25, and a new Channel screen that simplifies the user experience on complex networks and supports the multi-call and priority scan modes.

"We have focused our efforts on producing a seamless interoperability experience between ESChat, LMR, and dispatch console users," said Eric Collins, Director of Client Development, ESChat. "The second-generation app addresses the needs of the most complex integrated PTT networks, particularly those that use the P25 ISSI and DMR AIS interface protocols."

ESChat previously announced it completed a migration of all its U.S. based public safety customers to the Amazon AWS GovCloud environment. The migration was the final step in a suite of enhancements required for the company to facilitate nationwide interagency PTT communications between ESChat customers and traditional LMR users. The second-generation apps enable users to better take advantage of this migration.

ESChat is a FirstNet Certified™ solution and is also approved by the Defense Information Systems Agency (DISA) for U.S. military operational use. ESChat operates on and across all wireless carriers, providing intercarrier interoperability. ESChat supports Quality of Service (QoS), Radio Access Network (RAN) Priority, and Preemption enhancements available to FirstNet subscribers, as well as QoS and RAN priority enhancements on the Verizon Wireless and AT&T commercial networks. In North America, ESChat is the primary PTT offering by T-Mobile and TELUS.

RT @BehaviorQueen: Please share her poem in your classrooms. Please share quotes from her powerful words. Please let your babies know they…

RT @BehaviorQueen: Please share her poem in your classrooms. Please share quotes from her powerful words. Please let your babies know they…

Please share her poem in your classrooms. Please share quotes from her powerful words. Please let your babies know… twitter.com/i/web/status/1…

Our scholars discussed which degree they will work towards after high school. #eschat pic.twitter.com/oEr61vOmjs