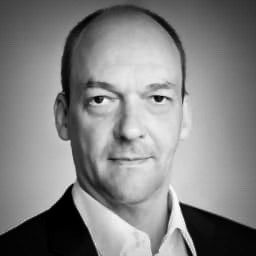 When it comes to delivering vital telecoms and internet connectivity in remote communications scenarios—from isolated construction sites to oil rigs —the options up until now have been costly and limited.

Whether attending a major traffic incident, tackling forest fires in remote areas, or for the military on mobile manoeuvres, it’s critical that the performance, reliability, and resilience of the wireless communications network is up to the job.

But when it comes to delivering vital telecoms and internet connectivity in remote communications scenarios—from isolated construction sites to oil rigs —the options up until now have been costly and limited. Satellite-based solutions such as VSAT, combined with a centrally deployed core network architecture have generally been the norm but are not without their problems including high costs, high latency, and bottlenecks.

Likewise, it seems extra-ordinary that while consumers have access to incredibly advanced tech and mobile apps at the swipe of their smartphones, emergency services and the military still rely on outdated networks based on the antiquated Tetra technology with its limited data capabilities and clunky 1980s-style walkie-talkie handsets. Compared to billions of smartphone users in the commercial space, the Tetra network is also expensive because it caters to a small group of users resulting in spiraling device costs and very limited device choice.

There have been a number of recent attempts to establish a workable alternative based on established cellular standards from the private sector.

For example, at Mobile World Congress early this year, Nokia demonstrated its backpack solution, which delivers a full mobile network (the core network in software integrated with the radio access layer) in a backpack. Though a step in the right direction, it is still quite a large form factor, and most importantly only a single network cell, so limited reach – perhaps 2 to 3 miles, depending on the terrain. It is also not as useful in urban scenarios where buildings block the radio waves.

Fortunately, a number of industry standards-based mobile technologies are now converging to enable ultra-portable, pocket-sized, distributed mobile networks which are set to revolutionize mission-critical communications on the move.

By creating small cells which are meshed together, users can have a fully functional, miniaturized network wherever they go. Whether operating in built-up urban cities or remote areas with patchy or no network coverage, the mobile ‘bubble’ moves with them. When these pocket-sized mobile networks are connected using mesh topology to other bubbles, it becomes a swarm of networks, dynamically extending the reach of the combined network with every bubble added.

A key technological step is to embed the core LTE network in software (the software Evolved Packet Core or EPC), together with the radio access layer on a SoC (System on a Chip). This creates an autonomous, ultra-portable mobile network that can serve LTE-based smartphones or tablets and be carried in a backpack, or attached to a vehicle out in the field.

Because the network is deployed locally, it provides ultra-low latency and avoids the much higher latency of centrally deployed core networks. A local core network is also more secure and resilient as it has no dependency on centralized infrastructure.

Shrinking the SoC onto a single board with even tighter integration between the software EPC and the radio access layer goes one step further, and enables an even smaller footprint. In the fullness of time, this could create a portable smartphone network in a pocket: a handset the size of a smartphone that comprises both the mobile network and the smartphone in a single device.

A further improvement involves meshing together multiple mobile EPCs with dynamic, multi-hop routing. This makes it possible to create a swarm of fully functioning, ultra-portable, autonomous mobile networks for both voice and data communications which automatically extends network coverage. This decentralized model is also much more resilient because it avoids the single point of failure.

The ultimate goal is to support ultra-mobile mobile networks where the mesh network reconfigures itself as the cells move. This is complex because network configuration and synchronization has to be performed frequently rather than once per deployment.

Once a mesh network is up and running, the next stage is to automate inter-core network handovers without disrupting communications. 3GPP does not define how to do inter-EPC handovers so there is a technical issue here, but this is not insurmountable and my firm is working on developing a proprietary extension beyond the existing standards.

We are already moving from concept to reality. CND has recently signed a contract with an international OEM who is developing a miniaturized voice and data network for military/public safety use cases using OpenEPC, our core mobile network software, powered by an ARM-based SoC. Noted for their low-power and energy efficiency credentials, ARM SoCs are ideal for these types of small form factor environments because the batteries can be smaller and lighter.

The beauty of this model is it can also be easily applied to private LTE networks and other remote communications use cases including emergency services, oil or mining and construction, as well as for IIoT use cases requiring ultra-low latency private networks.

When considering the IIoT, ultra-fast communication between devices is paramount. Take the example of a car manufacturer’s production line in which all the wireline network infrastructure has been replaced with a local wireless network. In this case, real-time applications such as controlling robots based on sensors and actuators is essential, but a centralized network architecture simply won’t cut it because network latency could be as slow as 100 milliseconds, which means that robots will not react quickly enough to information provided by external sensors.

By bringing the EPC to the edge with Mobile Edge Computing (MEC), one can avoid backhaul altogether, handle signaling locally and keep local traffic local by having the factory robots communicating in real-time over a local LTE or 5G network. This means network latency can be radically reduced to a much more acceptable latency of 5ms or less.

Focusing on other remote communication scenarios, a distributed core network could also be used to great effect in the airline industry. Instead of —or in addition to — offering WiFi whilst on board, airlines could offer passengers a choice of on-demand video and music served from a local breakout (LBO) over a local LTE network installed in the plane. Rather than having to authenticate or login to access these WiFi based services, authentication would be handled based on the passenger’s SIM cards and the existing operator billing relationships would be used to charge the user for these on-board services. Passengers could enjoy a seamless experience and be spared the inconvenience of entering their credit card details.

The 3 Ms of mobility

Miniaturize, mesh, and multi-hopping are the new mobile watchwords for the wireless industry to transform their remote communications infrastructure to benefit mission-critical communications across public safety, military, and remote use cases. This disruptive approach — with mobile edge computing and a distributed core EPC as a critical component — is based on existing standards based technologies and promises to radically reduce deployment and operational costs while offering greatly improved services that provide a competitive edge.