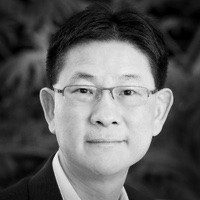 As first responders and law enforcement today are equipped with more-sophisticated communications tools that work in harsh and hostile environments. Likewise, the public safety backhaul network must evolve to support all kinds of data-rich applications.

Voice radio communications have long been a lifeline for first responders. But when criminals have smartphones and cellular data service, first responders and law enforcement must be equipped with more-sophisticated communications tools that work in harsh and hostile environments. Likewise, the public safety backhaul network must evolve to support all kinds of data-rich applications.

Because public-safety agencies rely on land mobile radio systems as the primary means for transmitting mission-critical voice communications, the public-safety backhaul network must be able to support today’s LMR with no disruptions. The network must also allow public-safety agencies to upgrade their LMR systems to prepare for growing security threats as well as the deployment of 4G LTE mobile broadband technology and information-rich applications. Finally, as governments strive for savings and efficiency, the network must also allow spare capacity to be securely and reliably shared among agencies and IT applications, without compromising critical applications’ performance.

Ultimately, IP/MPLS’ quality-of-service and resiliency mechanisms bring SONET/SDH-like high service reliability, which ensures that first responders can stay in touch with dispatch, command centers and each other constantly. The VPN can also be designed to accommodate simulcast communications.

To deploy such enhanced data applications, many agencies are upgrading their LMR networks with P25-based systems. With the advent of public-safety LTE, it becomes imperative that they can backhaul the new broadband IP/Ethernet-based traffic. An IP/MPLS VPN will support Layer 2 Ethernet and Layer 3 IP communications for new P25 and LTE systems. Furthermore, IP/MPLS VPN-based encryption can be turned on to protect the confidentiality, integrity and authenticity of the data.

Many agencies currently rely on commercial communications services or a self-built, older network to transport non-critical traffic from supervisory control and data acquisition (SCADA) systems that monitor water and sewage systems, closed-circuit television cameras at traffic intersections, government enterprise IT or open Wi-Fi networks. However, agencies could achieve higher network efficiency if this traffic was migrated to the backhaul network, a practice known as network infrastructure sharing.

IP/MPLS’ service convergence capabilities enable the backhaul network to carry multiple services, each within its own secured VPN and governed by a specific quality-of-service policy. This practice brings in significant cost savings and also ensures that public-safety application traffic is not jeopardized.

Prepare for service evolution with a converged IP/MPLS backhaul network

As governments grapple with growing security threats and fiscal constraints, a converged IP/MPLS backhaul network can play an integral role in the graceful transition of the critical applications in use today to the deployment of new, enhanced-data applications of tomorrow. It also expands network services to support other government applications and attain better network economies -- all without compromising critical communications. These are huge considerations for evolving network services where lives and public safety hang in the balance.