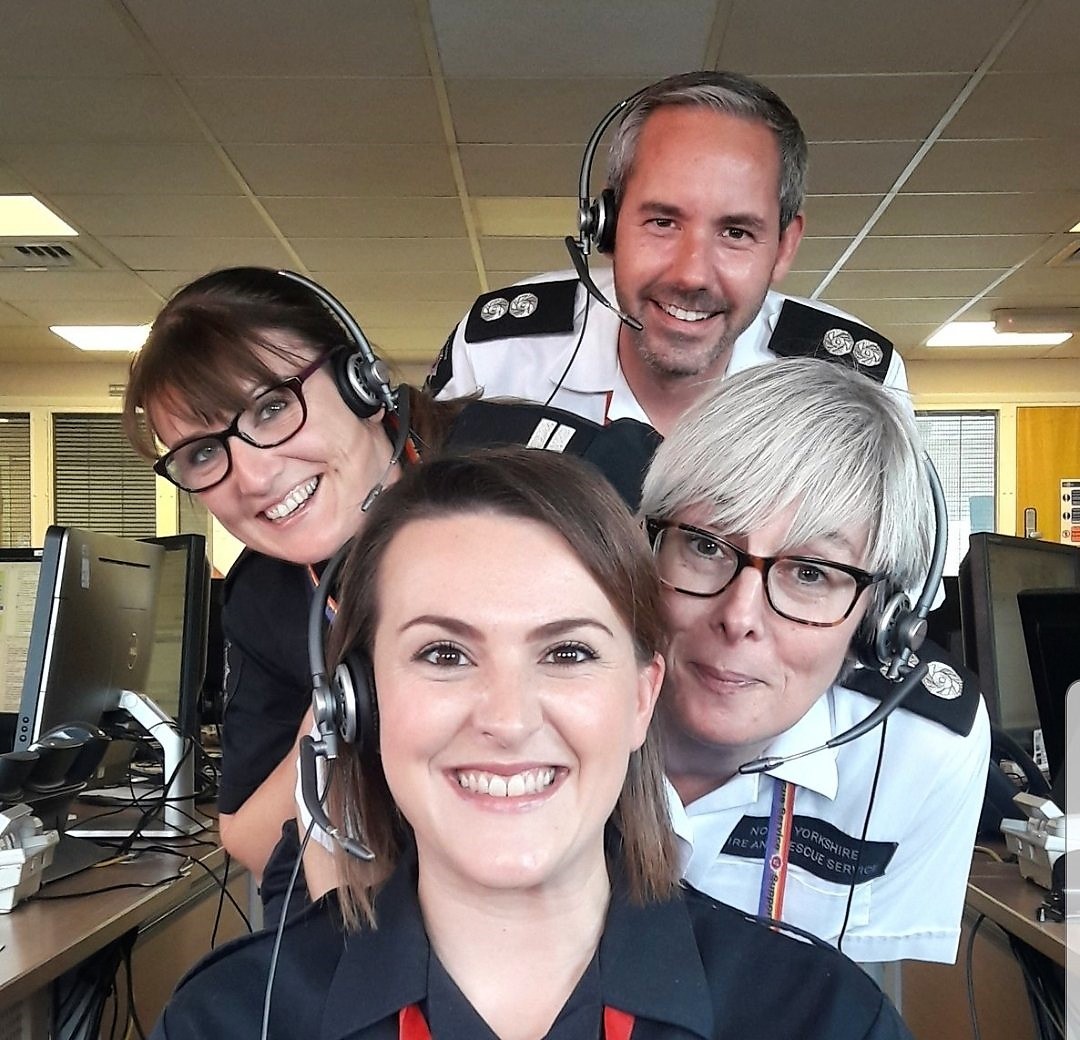 They supported International Control Room Week which brought together teams in 230 control rooms across the UK and as far afield as India, Australia and even the remote island of St Helena.

Run for the second year, the campaign week highlighted the critical role played by control room teams keeping society safe and secure and dealing with traumatic and distressing incidents on a daily basis.

The week-long campaign is organised by APD Communications, which supplies critical, life-saving software to emergency services organisations across the UK and supports critical control operations internationally.

In the UK, all but two police forces joined the week of activities, as did all 11 UK Coastguard control rooms and all of Northern Ireland’s emergency services.

The campaign was also backed by an increasing range of critical control operations beyond blue light services, including the control room supporting emergency services teams within Heathrow Airport, which was the first to register for the campaign week.

International Control Room Week was also supported by an emergency services centre for the fire department of a US Air Force base at Mildenhall in Suffolk.

Dave Greenwood, Lead Dispatcher in the emergency services centre, said: “We were most appreciative to receive our International Control Room Week pack, which we have used to publicise our presence and to raise awareness of the role of a dispatcher.

“We have also used the material provided to connect with other emergency service colleagues. The wellbeing and mental health contents have been used to open up dialogue on talking about and sharing experienced stress and that it’s OK not to be OK. We look forward to participating again next year.”

Further afield, participants included the control room team for the emergency services in the tropical island of St Helena, a British overseas territory in the South Atlantic Ocean and one of the most remote places in the world.

Campaign organiser APD sent two International Control Week celebration boxes 5,500 miles to the St Helena control room team so they could enter into the spirit of the week.

David Lynch, Chief of Police for St Helena, said: “This week has provided a great opportunity for us to recognise the vital contribution our control room staff make to the safety and security of St Helena. They have all enjoyed the week immensely and it has really raised the profile of their role.”

Other international participants included the New South Wales Ambulance and the “112” emergency services contact centre in the Indian state of Uttar Pradesh, which serves a population of 220 million and handles an average of 16,000 emergencies daily.

Asim Arun, Additional Director General, 112, for Uttar Pradesh Police, said: “Celebrating International Control Room Week is a great initiative that not only brings control rooms from all over the world together, but also boosts the morale of the control room staff whose work usually goes unnoticed.”
During the week, control room teams and supporters took to social media to raise public awareness of their vital work. Across the week, almost 7,000 posts about the campaign were shared from over 3,000 social media accounts, achieving a total reach of nearly 17 million people.

Rhiannon Beeson, APD’s Commercial Director, said: “International Control Room Week has been a wonderful celebration of the amazing work of teams in critical control operations across the UK and far beyond.

“It’s been brilliant to see so many emergency services and critical control operations and their teams getting fully on board. Although this is only the second year, the week has already become a fixture in the calendar and a highlight of the year for the control rooms community.

“Control room employees are the unseen frontline of emergency services and critical control operations that keep us all safe and secure. The week creates an opportunity for control room teams to publicly take pride in their work and for members of the public to express their gratitude for their often unrecognised efforts.

“We would like to thank all the organisations and their employees who have got involved. They have played their part in promoting the extraordinary work of control room teams in saving lives and helping people in the most difficult and distressing of circumstances.”

APD pledged to donate £1 to the charities for every post featuring the hashtags #unsungheroes, #internationalcontrolroomweek and #controlroomweek on social media. The hashtags were used in 6,788 posts, so APD will be donating £6,788.

Several emergency services organisations also staged their own fund-raising initiatives, ranging from bikeathons to cake sales, each raising hundreds of pounds for Mind.

Isle Of Man Communications Division took the prize for “Best Dressed Control Room”, winning a pizza drop for the team, while Cara, the Urban Search and Rescue Dog from West Midlands Fire Service, claimed a VIP doggy bag as the winner of the “Best Emergency Services Dog” photo.

To find out more about International Control Room Week and read inspiring stories of the unsung heroes of the emergency services and critical control operations go to www.internationalcontrolroomweek.com