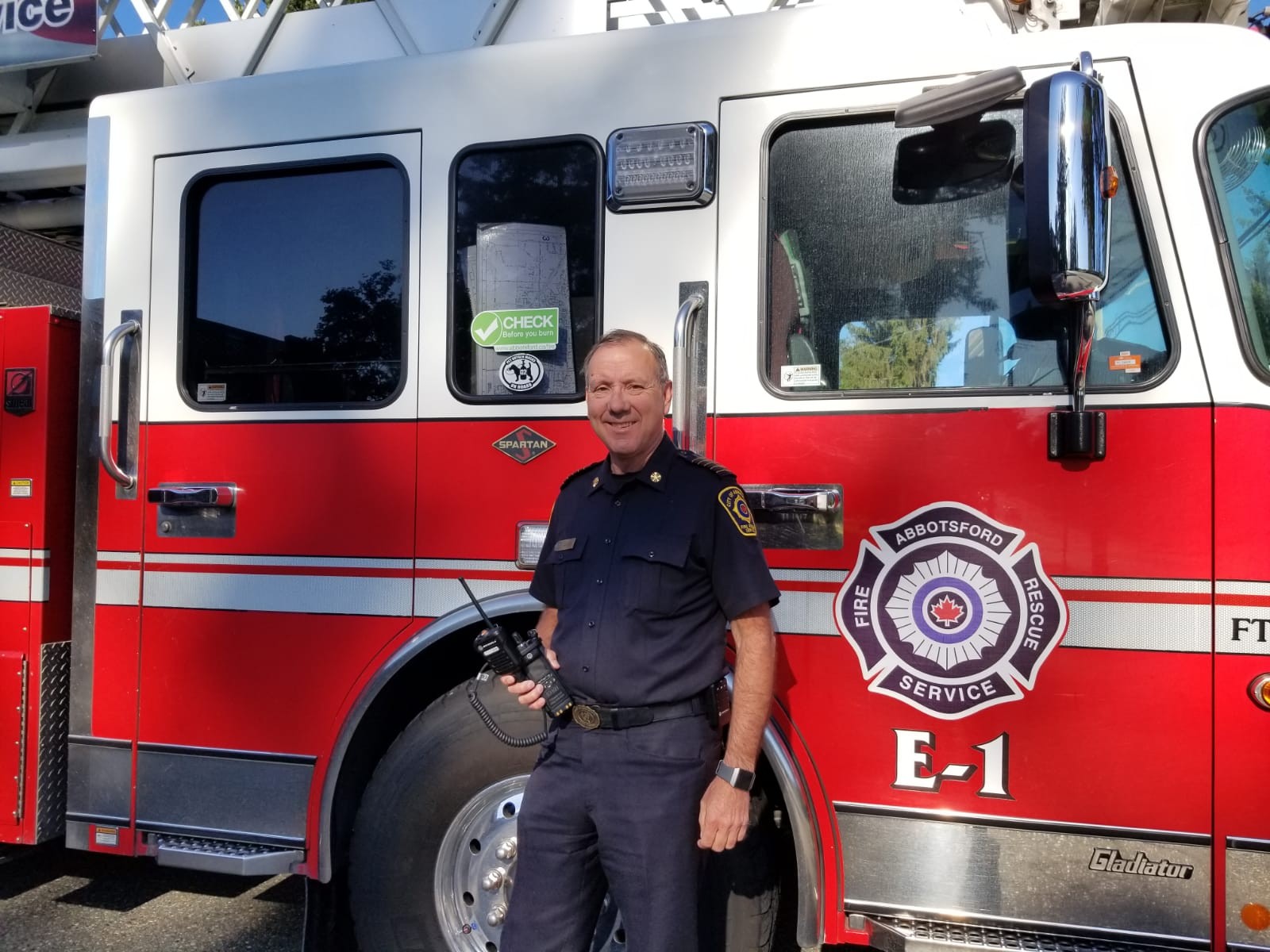 Increased radio coverage, audio clarity and enhanced security are just some of the features now available to Abbotsford Fire Rescue Service after the department successfully transitioned to E-Comm’s Wide-Area Radio Network this morning.

Abbotsford firefighters began communicating over the P25 digital network today at 0830hrs. This is the 16th fire department in the Lower Mainland to become part of the E-Comm radio system. More than three dozen police, fire, ambulance and other public agencies are on the network – including Abbotsford Police Department who joined in 2011.

“I’m pleased with Abbotsford’s new partnership with E-Comm,” said Abbotsford Mayor Henry Braun, “Public safety is always at the front of mind for our community and this improved communication is a positive step for our community.”

“It’s critical for Abbotsford Fire Rescue Services to be able to communicate directly with our police and ambulance partners,” said Abbotsford Fire Chief Don Beer. “Now that we’re on the E-Comm system, we’re all able to talk with each other seamlessly when responding to multi-agency events like car crashes and large-scale hazmat incidents.”

Chief Beer also cited significant safety improvements through increased area coverage and audio quality as additional benefits of the radio transition, along with noise-cancelling technology to reduce background sounds and allow responders to be heard more clearly in noisy environments.

The fully encrypted P25 network allows first responder communication to be kept extra secure. The privacy of the public, who are being assisted by emergency services, is better protected during the necessary transmittal of personal and private information over the voice network.

“Firefighters often work in challenging environments such as collapsing buildings, fire-engulfed structures and underground concrete spaces where radio coverage has traditionally been an issue,” added Oliver Grüter-Andrew, E-Comm President and CEO. “Being able to provide enhanced radio coverage and audio quality is a critical part in keeping our first responder partners safe.”