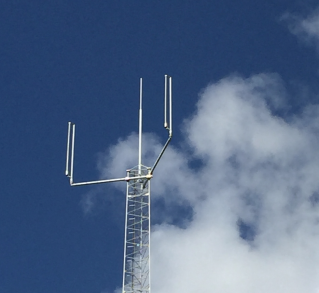 The Minister of Justice & Security, the Police Chief of the Dutch National Police and the Operational Services have decided to keep the aftercare team operational until 1 July. After this period, the TETRA network will be taken into regular management.

During the night of 27 to 28 January, the renewed critical voice communications network C2000, supporting the Dutch Emergency services came into effect. After this migration, a period of aftercare started to properly set up the new network. Dutch Minister Ferd Grapperhaus (Minister of Justice and Security) has now decided to extend this aftercare phase until 1 July 2020, he writes this in a letter to the House of Representatives.

Every day, on average 18,600 unique radios are operational on the C2000 network, an average of 444,300 calls are made and about 300 emergency calls are processed. Unfortunately, with hte migration to the new C2000 network, problems have occurred, such as loss of connection and poor audio quality. Important steps have now been taken by the aftercare team of specialists in solving these problems. However, the new C2000 network is not yet functioning as expected by the emergency workers on the street, for whom the network is of crucial importance. That is why the Minister of Justice & Security, the Police chief of the Dutch National Police and the operational services have decided to keep the aftercare team operational until 1 July. After this period, the TETRA network will be taken into regular management.

Most reports and complaints were about loss of connection. These problems mainly occur when a user moves, mainly from the coverage area of ​​one mast to another, or when many users are working in the same area. In order to solve this situation, an important network update was carried out on 27 March, after wich the communication experience of emergency workers in the field improved. Priority was also given to investigating nine reports of incidents with the emergency button. This problem also seems the be related with the network connection problems: when the connection to the voice network is lost, a call via the emergency button is also not possible.

Because the safety of emergency workers must always be paramount, the police rolled out nationwide measures that will compensate for some operational and technical problems with the C2000 network. One of the measures is the use of a the push-to-talk app. For the extended aftercare phase an additional emergency button function has been added to the app that corresponds to the emergency button function onthe C2000 TETRA radio. In this way, the safety of emergency workers is guaranteed in case the C2000 does not function properly.

Hytera Actively Participates in the Fight Against COVID-19, Helping to Prevent Cross-infections