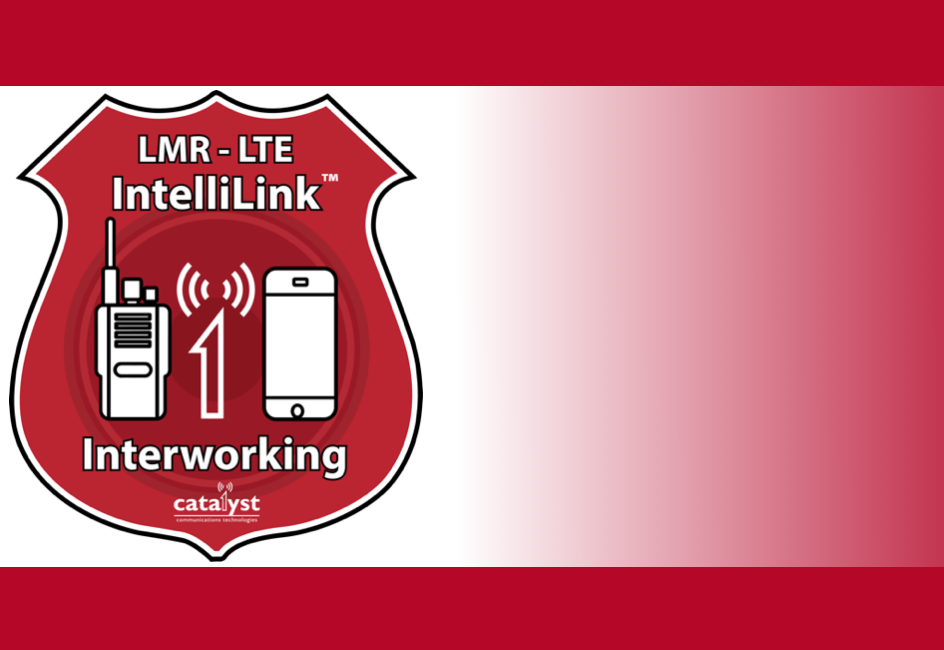 These are some of the conclusions reported by Catalyst Communications Technologies after a year long study of LMR – LTE Interworking requirements and existing standards.

Catalyst Communications Technologies, Inc., a leading developer of Radio Control over IP Dispatch, Interoperability and Incident Command solutions for the mission critical / first responder community, has completed the research study they began in early 2018 to analyze how a standards based Interworking Solution could enable mission critical communications between users of Land Mobile Radio systems and users on mobile / cell phones with push to talk applications. The research was the result of an Award by the Department of Homeland Security’s Science and Technology Initiative in support of a solicitation won by Catalyst in competition with other US businesses.

The need for an Interworking solution between LMR and LTE radio systems is substantial. As users discover applications where push to talk on a mobile phone will support essential new capabilities and be less expensive than LMR subscriber radios, this migration will need interoperability and dispatch systems that can ensure communications among First Responders and others that are using these different systems.

The Research was undertaken to determine the feasibility and the architecture of a reliable, secure and standards-based LMR/P25 – LTE Mission Critical Network (e.g. MCPTT) interface service for both:

1) The different LMR systems in use today

2) The current LMR systems and new LTE systems being deployed, including FirstNet™

The research foundation was the National Public Safety Telecommunications Council (NPSTC) report “Public Safety Land Mobile Radio (LMR) Interoperability with LTE Mission Critical Push to Talk”. Of the 56 Core Requirements identified in the report and other documents, Catalyst research determined and scored a 76% conformance using ISSI with a Phase 2 P25 trunking system on the LMR side. Catalyst determined and scored different conformance results for other radio systems and quantified each system’s rating, primarily dependent of its interoperability interface.

The research also uncovered the need for a non – ISSI based Interworking solution for users that did not have, or could not afford, the P25 ISSI interface on their current LMR system. Catalyst conceived an “Adapter” product that expands access to MCPTT Interworking for LMR without ISSI and for LMR-to-LMR interoperability. Catalyst will develop an interface service/server, anticipated to be a software product running on a standard networked computer or computers that will satisfy the interworking requirements defined in the NPSTC Public Safety LMR Interoperability with LTE Mission Critical Push to Talk report.