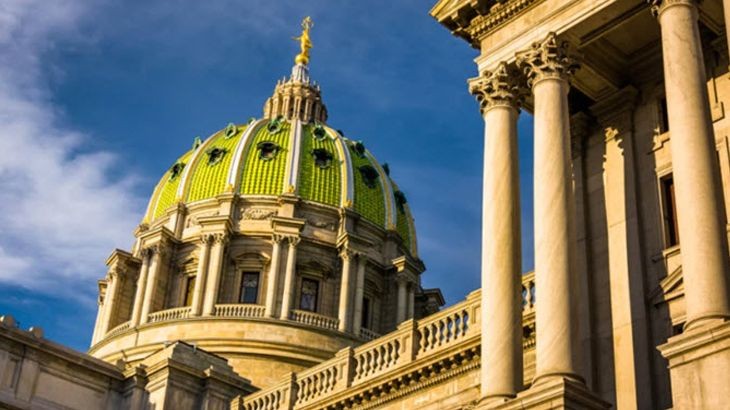 The network was built and is maintained by Motorola Solutions (NYSE: MSI), which operates over 1,100 standards-based public safety networks in North America.

The Columbia and Montour Counties 9-1-1 Center, operating as the East Central Emergency Network (ECEN)in the USA, has announced its cutover to the Pennsylvania Statewide Radio Network (PA-STARNet), the commonwealth’s state-of-the-art Project 25 (P25) radio network for public safety and emergency response communications. The network was built and is maintained by Motorola Solutions (NYSE: MSI), which operates over 1,100 standards-based public safety networks in North America.

“Our relationship with Motorola Solutions spans many years, as we’ve worked to establish a modern, affordable and comprehensive mission-critical radio network for emergency operations,” said Jeremy Brown, director, ECEN. “Our investment in land mobile radio, paired with the dedication of our local teams— including our 9-1-1 team, first responders, Montrose Broadcasting (WPGM) and Capital Area Communications— has made it possible for us to join PA-STARNet in an efficient and cost-effective way, so our communities can realize the benefits of more reliable and collaborative public safety communications.”

“The Columbia and Montour Counties 9-1-1 Center merger was one of the first in the commonwealth, which saved the local taxpayers millions of dollars,” said Ken Holdren, commissioner, Montour County. “Broadening the partnership to include the PA-STARNet radio system continues this effort by enhancing the quality of service in the most cost-effective way.”

“Joining PA-STARNet means that our first responders and partnering local and federal agencies are able to communicate seamlessly across Columbia and Montour Counties, neighboring counties and the commonwealth,” said Trevor Finn, commissioner, Montour County. “No matter where an emergency happens, our residents can count on a rapid and coordinated emergency response.”

PA-STARNet improves interoperability and security for first responders and is anticipated to save millions in taxpayer dollars versus the legacy radio system it replaces. It now provides greater than 95 percent coverage across all 67 counties for 22 commonwealth public safety agencies. Public safety agencies will benefit from support from a 24 hours a day, seven days a week, in-state operations center with dedicated technical staff for network monitoring and support.

“The on-time and on-budget upgrades to the system have allowed us to dramatically reduce the number of radio sites, including elimination of wooden poles, needed to support public safety communications,” said Robert Barnham, director, Statewide Radio Network Division. “This will substantially reduce our overall operating cost, including maintenance and utilities. We’re pleased and proud to formally introduce a system that not only improves the safety of our citizens, but saves them money in the process.”

“Pennsylvania has long recognized and invested in land mobile radio as the mission-critical communications technology of the future,” said Michael Leonard, Mid-Atlantic territory vice president, Motorola Solutions. “Advancements in P25 technology, interoperability and devices bring added features and greater potential for collaboration to the reliability and resilience that are the hallmarks of LMR. These include interoperability solutions that connect radio users and non-radio support staff across networks and devices, as well as LTE-enabled smart radios that bring greater situational awareness and extended coverage to emergency response.”

Fully-featured, tough and stylish, the Talkabout T62 walkie-talkie is the ideal way to stay connected during outdoo… twitter.com/i/web/status/1…

By simply touching a door card or ID card to a Motorola RF-220 RFID reader, your team can quickly and easily alloca… twitter.com/i/web/status/1…

This #PTSDAwarenessDay, we recognize the sacrifice that our heroes give. Every day, the @MSIFoundation supports ini… twitter.com/i/web/status/1…

We know it’s only Monday but…it’s National Ice Cream Cake Day! This is your official sign to eat ice cream for dinn… twitter.com/i/web/status/1…

It’s #NationalTakeYourDogtoWorkDay! Whether you’re in the office or #WFH, drop a pic of your cuddly colleague below 🐱🐶⬇️

POLL: Can you guess the operating temperature range for the Sarix 3?