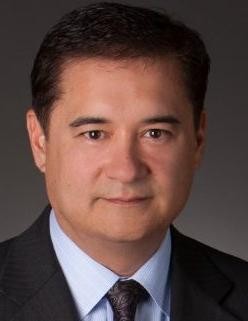 “We could not be more excited to welcome an executive the caliber of John to the management team,” commented Major General (Ret.) E. Gray Payne, Chairman of the Board of Directors of BK Technologies. “He is a proven technology leader with a distinguished track record of innovation, talent development and revenue growth. We believe that John will be a wonderful addition to our existing leadership team including Tim Vitou, who will remain the President, and we look forward to leveraging John’s extensive expertise and industry relationships to capitalize on the significant opportunity ahead and grow the Company, both organically and inorganically, into a much larger and more profitable business.”

Mr. Suzuki joins BK Technologies following his role as President & CEO of land mobile radio company EF Johnson Technologies, a division of JVCKENWOOD. During his four-year tenure at EF Johnson, revenue doubled with a reduction in overhead. Previously, Mr. Suzuki was Senior Vice President of Sales at Avtec Incorporated, where he instituted new sales processes resulting in double digit revenue growth. From 2011 to 2013, as Vice President, Sales and Marketing at Ultra Electronics 3eTI, Mr. Suzuki helped grow year over year sales 23% in 2012. Earlier in his career, Mr. Suzuki was Senior Vice President, Sales at EF Johnson responsible for all domestic and international sales for their land mobile radio products. In this role, Mr. Suzuki created and implemented a strategic sales plan that grew the state, local and international businesses from $12 million to $72 million between 2004 and 2011 with a significantly enhanced subscriber business and expanded dealer channel sales.

Mr. Suzuki spent most of his early career at Ericsson where he held multiple positions of rising responsibility. Starting as Director of Product Development for Land Mobile Radio he executed new product development programs and marketed TDMA digital, data and network land mobile radio solutions globally, generating sales in excess of $160 million annually. Subsequently, as General Manager, Land Mobile Radio he implemented a strategic sales plan which grew the business by 60%, including a 50% increase in dealer channel sales. As General Manager of Ericsson’s Service Solutions, Mr. Suzuki helped streamline the business and grow the division from $35 million to $85 million in two years. Ultimately, as Vice President, Supply for Ericsson, Mr. Suzuki managed a 400-person team that produced and delivered cellular base stations to customers in over 20 countries and generated over $1 billion in revenues. During his tenure, on time customer delivery performance rose dramatically to over 95%. Mr. Suzuki began his career as a Radio System Engineer, Land Mobile Radio at Motorola Canada. He received his BS in Electrical Engineering from University of Ottawa and MBA from Duke University.

“I’m thrilled to join BK Technologies and lead the Company at such an exciting time,” Suzuki commented. “I have tremendous regard for BK’s strong reputation in the industry, deep customer relationships, and the tremendous progress the team has made evolving the product line, and I’m particularly excited to join the Company as it prepares to launch the BK 9000 product line. I believe that BK has the opportunity to play an important role in the future of the mobile communications industry and I look forward to working closely with the talented team to accelerate innovation, drive sales and create value for our customers and shareholders.”