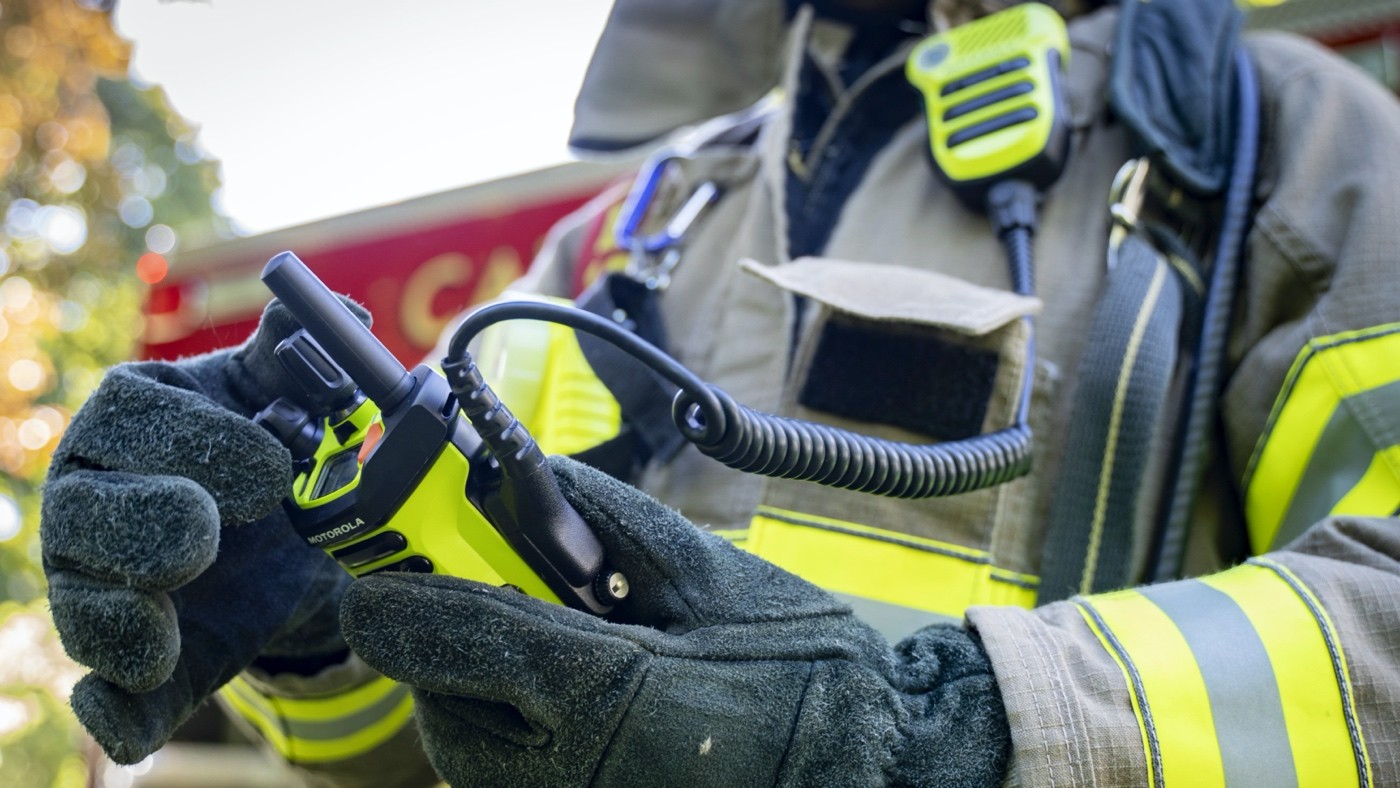 Motorola Solutions announced the launch of the APX NEXT® XE, its next-generation Project 25 (P25) radio with broadband capabilities, specifically built for firefighters. It combines mission-critical voice communications with data applications that bring together radio voice control, messaging, mapping and vital new collaboration applications that can help improve situational awareness of those in the field. APX NEXT XE, and its predecessor, APX NEXT® for law enforcement, were designed based upon thousands of hours of customer-centric, hands-on research.

“My department was one of many that provided feedback to Motorola Solutions during the design and testing of the APX NEXT XE, providing insights on how firefighters communicate during a fire, what we need in a radio and how to improve upon existing technology,” said Mike Moser, Deputy Fire Chief, Coral Springs-Parkland Fire Department, Coral Springs, Florida. “Motorola Solutions was looking for input on every aspect of this radio, such as the ergonomics, touchscreen display and the usability of broadband applications for first responders. We believe that the APX NEXT XE has the potential to be truly lifesaving technology, by allowing firefighters to communicate seamlessly and effortlessly in the most critical circumstances."

Firefighters rise to the call of duty at any time and in any place, and APX NEXT XE is designed to enable fast responses and improve safety. With APX NEXT XE’s applications, users can switch automatically between P25 and broadband when they travel out of county or state, find each other on an interactive map, share multimedia messages, and keep dispatch informed with GPS locations updated every few seconds. The right configuration is critical to a proper response, and an entire fleet of APX NEXT XE radios can be remotely updated over LTE in minutes, while they remain in the field.

A fire crew has to be ready for anything – from responding to medical emergencies, conducting technical rescues to tackling wildfires,” said Scott Mottonen, senior vice president of Products, Motorola Solutions. “While voice communications remain a firefighter’s lifeline, we designed the APX NEXT XE for the variety of tasks that each day may bring. When preparing for a rescue, they can receive pictures and videos of the obstacles they will need to tackle. When time is of the essence, they can also see each others’ locations on a live map. These are just a few examples of what is possible with our most advanced fire radio.”

APX NEXT XE is offered with ViQi™ Voice Control, which enables users to control their radio through simple and intuitive voice commands. It allows fire personnel to perform actions such as change the radio channel, check battery status, adjust the volume of the radio and more with one touch of the dedicated ViQi button, so their attention remains on the task-at-hand. ViQi Voice Control is designed to work in the loud environments found on the fireground, with high dynamic range microphones that improve intelligibility and clearer speech.

APX NEXT XE is built with the form factor and advanced audio processing that firefighters have trusted for years in the award-winning APX® XE line of radios. It maintains the push-to-talk functionality long relied on to relay critical information and introduces new performance enhancements, such as a glove-friendly touchscreen. The APX NEXT XE has a rugged exterior and is built to withstand extreme environments, from high heat to water exposure and submersion, that a firefighter faces in the field.

Motorola Solutions’ APX NEXT is certified for use on FirstNet® and the AT&T and Verizon networks in the U.S. and the Bell Mobility network in Canada. APX NEXT XE is pending certification for use on the same networks. The radios are available in single and multi-band configurations.

Unplanned downtime and pressure to turn around orders quickly have always challenged #Manufacturers and now you hav… twitter.com/i/web/status/1…

Have you heard about the latest radio from #MotorolaSolutions? All the ruggedness you'd expect working across 3G/4G… twitter.com/i/web/status/1…

Have you heard about the latest radio from #MotorolaSolutions? All the ruggedness you'd expect working across 3G/4G… twitter.com/i/web/status/1…

We’re so proud that Cynthia Yazdi is delivering the keynote sponsor presentation at @SWEtalk’s #WE20. As senior vic… twitter.com/i/web/status/1…

RT @TheIACP: .@NCSHP Trooper Daniel Harrell has been named the 2019 IACP/@MotoSolutions Trooper of the Year! Read his story here: https://t…

Doctors and nurses are dealing with the added stress of #COVID19, making safety more important than ever. Discover… twitter.com/i/web/status/1…

Harris and TAIT to join forces on North American market