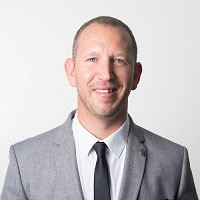 According to IHS Markit’s Ryan Darrand, senior analyst, critical communications, the number of digital licensed mobile radio (LMR) users exceeded the number of analog users for the first time in 2017, with over 24 million digital users.

The report also states that a significant contributor to the growth of digital LMR technology is the growth in the number of active cost-optimized digital users, which will nearly triple between 2017 and 2021.

Terrestrial trunked radio (TETRA) continues to grow, in part from the many public safety and security agencies in countries across Europe, to areas of the Middle East, Africa and Asia. However, the highest growth rate is projected to be in the Americas, where the number of active TETRA users is forecast to double between 2017 and 2021.

Apco Project P25 (P25) will also continue to grow, with the world’s largest single P25 market located in North America, where P25 is the de facto mission-critical communications standard for public safety and security agencies. While North America is forecast to remain the largest global market, holding more than three quarters of the world’s P25 users, P25 has permeated the global market, from parts of the Middle East and Africa to regions in Asia — in particular Australia, where the topography of the region suits the deployment of high-powered P25 equipment used by its public safety and security agencies. Asia will be the largest growth market for P25, nearly doubling the number of active users between 2017 and 2021.

Mission-critical applications continue to make up a major part of the mobile radio market. The installed base of public safety and security applications made up over 40 percent of the LMR market in 2017. However with globalization, an optimistic global economic outlook and increasing investment in non-public safety and security sectors will experience significant growth as well.

Alongside the growth of LMR digital technologies, Long Term Evolution (LTE) technology has developed on the world stage. Private LTE networks have emerged in China, South America, Australia, Qatar, United Arab Emirates, Saudi Arabia, Ghana, Kenya and Nigeria. National LTE networks aim to be deployed in South Korea and the United Kingdom, and Angola has opted for a TETRA and LTE convergence solution for its national communications network. The United States has affirmed its commitment to rolling out its nationwide FirstNet LTE network, as AT&T secured a 25-year contract to build and maintain the network.

Despite the emergence of LTE technology, LMR adoption will continue to grow, as LTE becomes more established and proves its capability to meet the specific critical voice communications requirements of emergency services.

In the short term, LTE will complement critical voice with data, rather than replace LMR altogether. Only in the medium to long term could LTE substitute for TETRA, TETRAPOL or other high-end LMR technologies, as capital investments are considered in nationwide or large-scale deployments.

Increasing adoption of LTE-based mobile broadband communications for public safety, a threat to the growth of Global Satellite Broadband Communications in the Public Safety market?