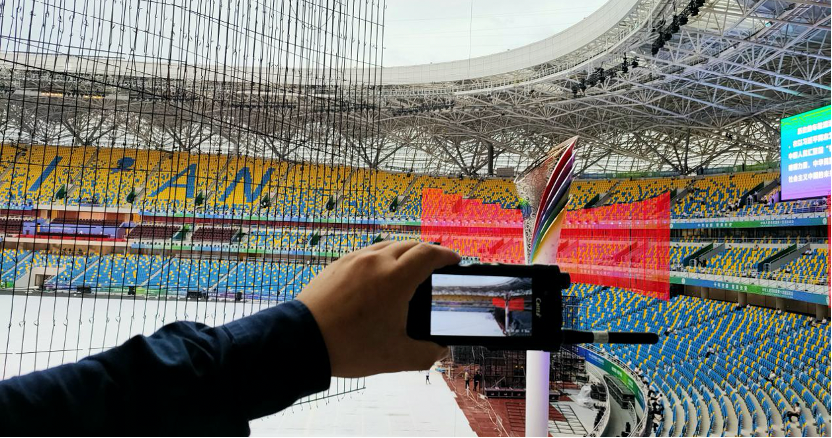 To ensure a safely and smoothly run Games, the local authorities adopted a convergent communications solution from Caltta and empowered the staff of different functions with reliable communications equipment.

The 14th National Games of China officially kicked off on September 15 in Xi’an, the capital of northwestern province Shaanxi. To ensure a safely and smoothly run Games, the local authorities adopted a convergent communications solution from Caltta and empowered the staff of different functions with reliable communications equipment.

The National Games, once every four years, is the biggest sport event in China. The 14th version started right after the Tokyo Olympic Games. Communications system was at the heart of technologies adoption by the organizing committee. In addition to voice calls, multimedia and visualized command and dispatch was required to efficiently coordinate all the different departments. Cross-team and multi-layer convergent communication was essential.

Full coverage: The system was required to fully cover all main stadiums and venues, surrounding roads, and Games Village. Reliable voice and video PTT dispatch across department was a must.

Cross-team and multi-layer communications: The Public Security Bureau, the Organizing Committee, and all other departments had their own independent systems; they were not able to communicate across departments. Multi-layer integrated communication and unified dispatch were required to handle possible emergencies.

Convergent systems: Multiple communications technologies will be adopted by the Games, including PDT, B-TrunC, PoC, PSTN and others. It was mandatory to realize the interworking among all these systems.

In order to meet the requirements of Xi’an Public Security Bureau, Caltta fulfilled private LTE network expansion and delivered full coverage for the main venues and surrounding areas, meeting the requirements of multimedia command and dispatch during security task performance.

Caltta deployed a PoC (Push-to-talk over Cellular) platform with portable radios for the Games Village to meet the communication requirement of corresponding departments; another similar system was deployed in Transportation Bureau to satisfy the dispatch and communication of all the official vehicles.

Caltta offered iDS integrated communication platform to break the silos of standalone systems, supporting the access of multi-system radios. It ensured smooth communications for the police across whatever network they used, such as private LTE network, PDT network, and wired telephone.

“To ensure the smooth communication during the games with different technologies is quite challenging, Caltta’s convergent communications solution made easy to avoid communication gaps.” Said Head of Radio Comms of the organizing committee.

What Role will 5G Play in Delivering Critical Communications?