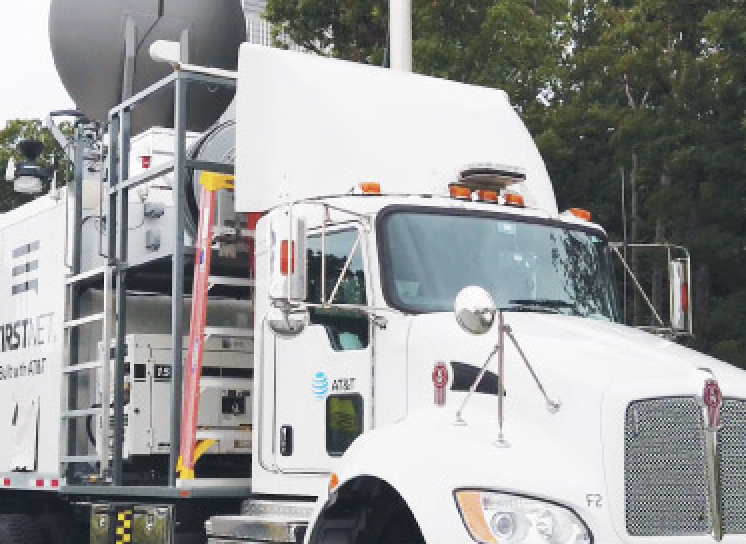 The FirstNet Authority’s investments are made possible through a sustainable business model that enables the organization to continually improve and advance the network.

The First Responder Network Authority Board today approved the first set of investments for enhancing FirstNet, the nationwide public safety broadband network. Specifically, the Board approved more than $200 million for initial network upgrades to set FirstNet on the path to 5G and to expand the dedicated fleet of deployable assets.

“These investments mark the next major step in our mission as we continue to evolve the FirstNet network based on public safety’s needs,” said FirstNet Authority Board Chair Edward Horowitz. “The Board’s actions set the network on a path to 5G and will boost on-demand coverage for public safety. We look forward to delivering on these advancements for public safety and working to identify our next network investment opportunities.”

Expanding the fleet of FirstNet deployables to enhance network coverage and capacity for public safety during emergencies and events. In 2019, public safety turned to the FirstNet deployables for additional support in more than 450+ operations around the nation. And in 2020 these assets have continued to support public safety communications, such as during the COVID-19 response, at large events, emergencies, and responses to disasters, including wildfires, tornados, and hurricanes. The FirstNet fleet currently includes 72 land-based deployables such as Satellite Cell on Light Trucks (SatCOLTs), plus three airborne Flying COWs™ (Cell on Wings) and the FirstNet One aerostat. The Board’s actions today will grow the fleet to help meet the increasing demand for these assets from public safety.

Initial generational upgrades to enable 5G network capabilities. Evolving the network to 5G is expected to be a multi-phase effort, beginning with upgrades to the dedicated FirstNet network core. The physically separate, highly available, redundant and highly secure network core is foundational to FirstNet. It acts as the nervous system of the network, separates all public safety traffic from non-public safety user traffic, and enables differentiated services for network users. In the future, 5G is expected to drive major increases in the quantity and types of connected devices for FirstNet users, including vehicles, unmanned aerial vehicles, and sensors.

“This is a significant milestone for the FirstNet Authority’s strategic investment program, which is driven by our partners in public safety,” said FirstNet Authority Executive Director Edward Parkinson. “We appreciate their continued support as we work with them to identify investment opportunities for FirstNet, the only nationwide public safety broadband network. This is just the beginning; we look forward to the work ahead to achieve the full potential of this network.”

RT @BOLDNP: Are you ready for #FirstNetFriday #BOLDNorthernPlains!? 🚓🚑🚒 Mark your calendars for Friday, January 28th and let's take care o…

Are you ready for #FirstNetFriday #BOLDNorthernPlains!? 🚓🚑🚒 Mark your calendars for Friday, January 28th and let's… twitter.com/i/web/status/1…

@ElissaK19 Thank you for helping to spread the word of the benefits of being connected with #firstnet, Elissa! 🙌 💙

Take a look at how #FirstNet is working in the field! Check out this report from the Police Executive Research Foru… twitter.com/i/web/status/1…

Take a look at how #FirstNet is working in the field! Check out this report from the Police Executive Research Foru… twitter.com/i/web/status/1…

#FirstNetInTheNews – During Colorado’s #MarshallFire, the most destructive in state history, @FirstNet was on-site,… twitter.com/i/web/status/1…

In 2019, the Indiana County Emergency Mgmt Agency joined @FirstNet to ensure staff could communicate across the cou… twitter.com/i/web/status/1…