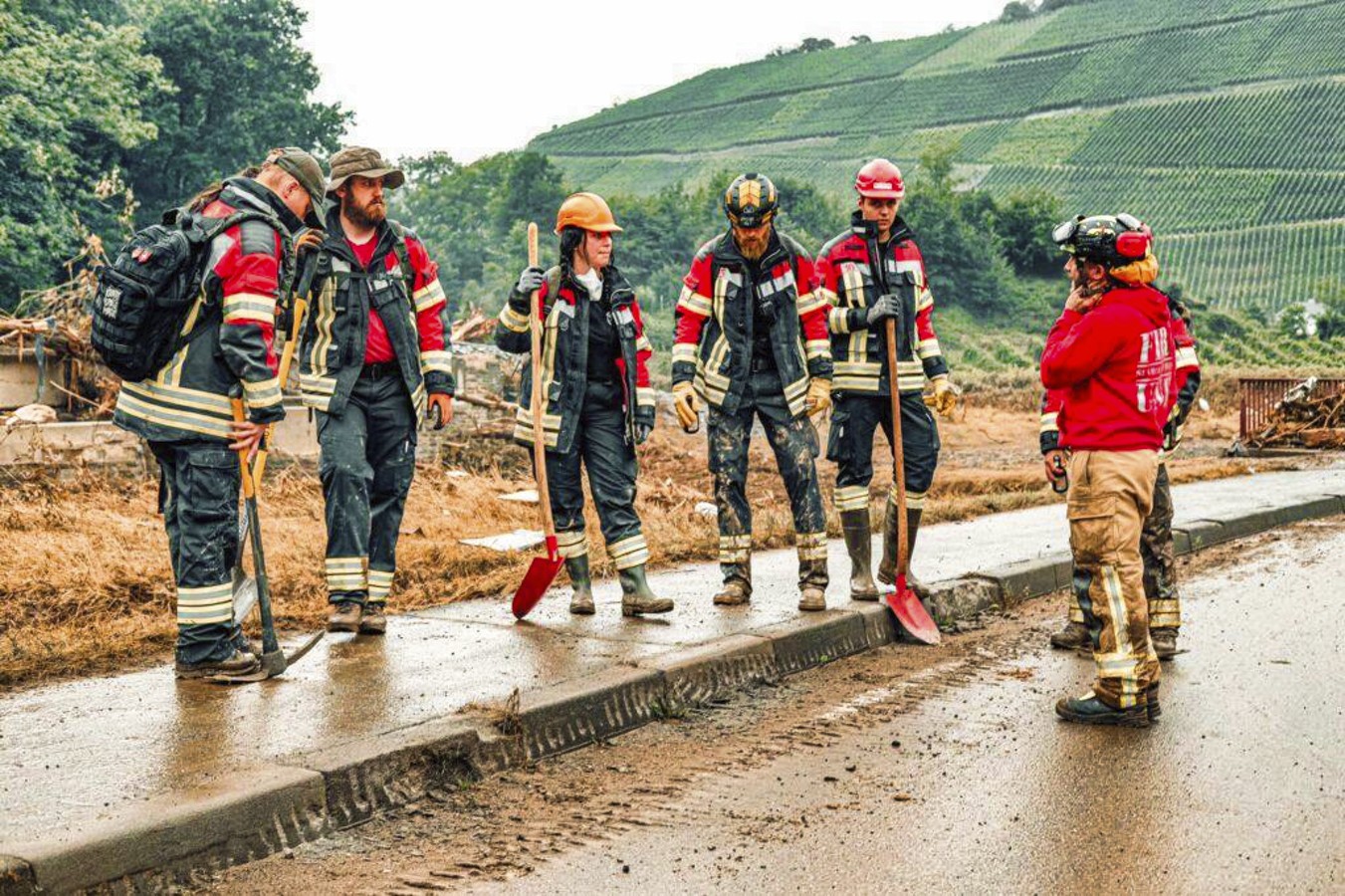 HMF also assisted in obtaining the licences needed to operate the radio network from the Federal Network Agency.

Countless volunteers have been active in the flooded area in western Germany to lend a hand on the ground and support the affected people to the best of their ability – including a group of volunteers from the 22nd Wild Life Swiss Association from Switzerland. In order to be able to react quickly in such an emergency and in difficult situations and to ensure the safety of the emergency and rescue forces, secure and reliable communication is essential. That’s why Hytera Mobilfunk provided the volunteers with a mobile DMR radio solution to support the group in their work.

The 22nd Wild Life Swiss Association is a non-profit organisation and engages mainly in volunteer work in the areas of bushfire fighting, humanitarian aid and anti-poaching in Africa. A large part of the members – including police officers, soldiers, firefighters, doctors, foresters and paramedics – bring certified specialist knowledge and skills from their professional environment, which they can use in their voluntary service for the organisation. This is a huge advantage in being able to help quickly and unbureaucratically.

The volunteers immediately set out to help in neighbouring Germany after the flood disaster in mid-July. They were deployed in the villages in the district of Ahrweiler, where they mainly provided search and rescue services. They have taken on the task of searching for and rescuing victims in the rubble and in the water together with other helpers. Philipp Dörr, president of the organisation and head of operations, kept close contact with the crisis team and the local authorities at all times and reports on the difficult situation on the ground.

“Many residents have lost all their belongings. The conditions in the area were precarious. The entire infrastructure including sewerage, fresh water and electricity had collapsed. Help was needed everywhere.,” said Dörr.

The Swiss volunteers therefore also assisted in carrying debris out of houses, providing people with food or work equipment and removing trees washed out by the water for safety reasons.

The organisation’s volunteer rescue workers were equipped with handheld radios and DMR repeaters. HMF also assisted in obtaining the licences needed to operate the radio network from the Federal Network Agency. The mobile DMR radio network ensured that the volunteers from the 22nd Wild Life Swiss Association could communicate at all times, both in the localities in the disaster area and over greater distances.

“The mobile radio system helped us to coordinate our people in a highly efficient and direct way,” reports Philipp Dörr. At peak times, around 120 helpers from the 22nd Wild Life Swiss Association were active on site at the same time. The Swiss mission lasted several weeks. “However, we remain in contact with the affected people from the flood area and continue to support them from home,” says Philipp Dörr after the helpers had returned.

The 22nd Wild Life Swiss Association has shown a great deal of commitment.

“We were very impressed by the energy and expertise of the numerous volunteers who came all the way from Switzerland to Germany to provide immediate help in the affected area. We are delighted to have been able to support them with our equipment in such an important and valuable mission”, says Marvin Gradtke, HMF Sales Manager for Switzerland.

The volunteers’ work never ends: soon they were on the road again, supporting more people in need. This time in Greece: here they helped to extinguish large-scale forest fires, supporting the affected people in securing their homes from the flames and creating escape routes for wildlife in the burning forest.