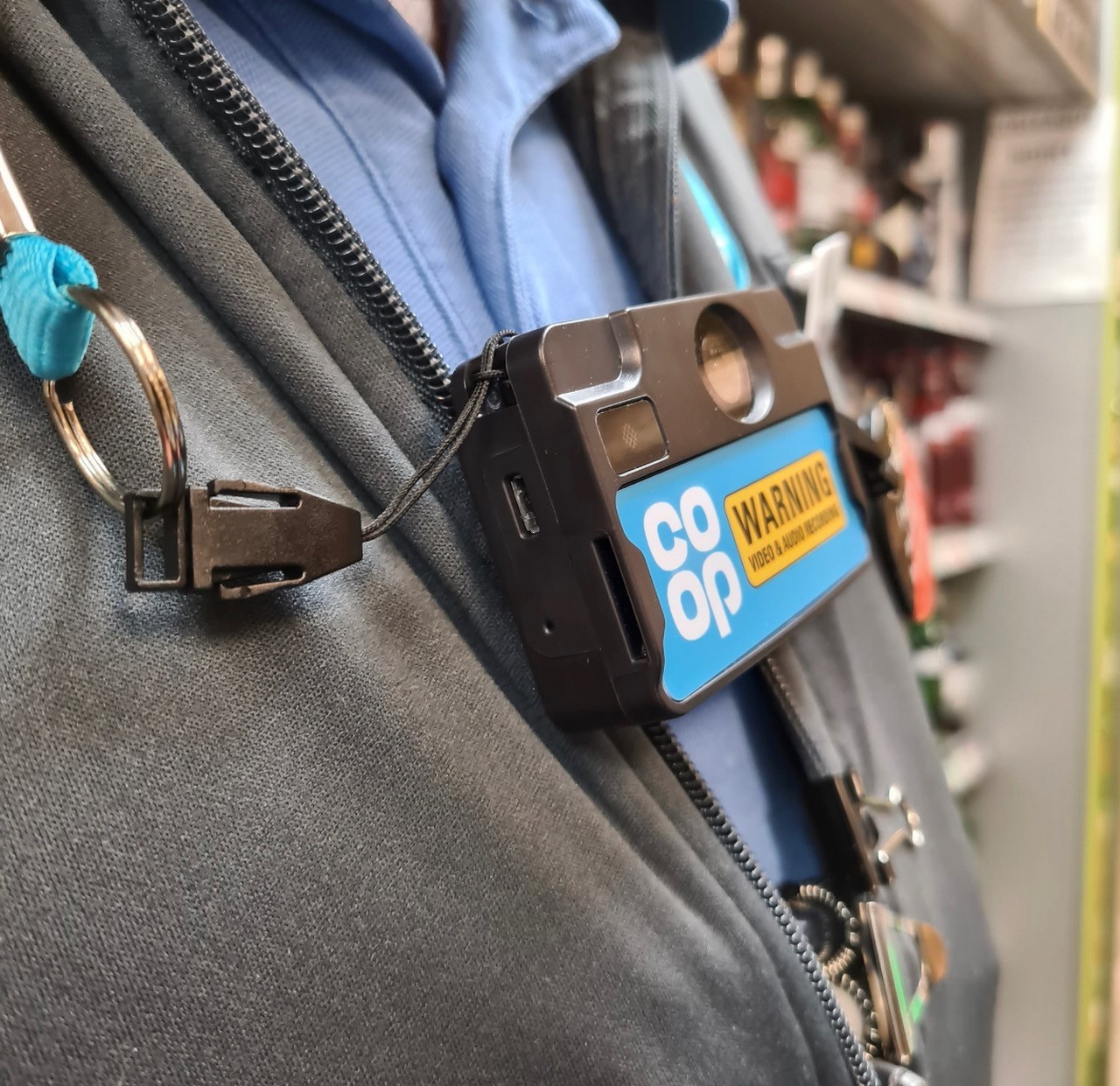 Co-op will equip front-line staff with more than 1,000 Motorola Solutions VT100 body-worn cameras in around 250 stores initially, with the ability to stream video in real-time to the Security Operations Centre of Co-op security partner, Mitie.

Co-op, the largest consumer co-operative in the U.K. and one of the largest retailers in the country, is rolling out an integrated body-worn video solution from Motorola Solutions to front-line colleagues, with a focus on further increasing safety in-store against a background of rising retail crime in the industry.

The Co-op has seen in-store crime increase by more than 140% year-on-year, despite communities recognising the critical role played by retail workers in society - true frontline workers in the days of a global pandemic. The number of violent incidents also hit record levels with 1,350 attacks having been experienced by Co-op shop workers in the first six months of 2020.

The retailer warns of a crime and violence epidemic and its targeted deployment of a body-worn video solution forms part of an ongoing commitment to invest a further £70M over the next three years in innovative technology to keep colleagues safe.

Co-op will equip front-line staff with more than 1,000 Motorola Solutions VT100 body-worn cameras in around 250 stores initially, with the ability to stream video in real-time to the Security Operations Centre of Co-op security partner, Mitie. The footage is used to identify criminals and provide evidence to secure prosecution.

The market-leading VT100 body-worn camera from Motorola Solutions can be worn in standby mode for up to six months, preserving battery for instances when Co-op store colleagues feel threatened by aggressive or violent behaviour. The cameras are operated by a simple one-push activation, instantly recording footage to the camera itself, and streaming live video to the security operations centre, allowing for a quick response from security personnel or police.

The cameras are supported by cloud-hosted VideoManager software, which enables secure and efficient camera allocation, user administration and incident management. With security features such as comprehensive audit-trails, encryption, configurable retention policies and RFID camera allocation, this integrated solution ensures footage and incidents are dealt with efficiently and securely.

As part of its Safer Colleagues, Safer Communities campaign, Co-op is also building awareness and support for MP Alex Norris’ “Assault on Shop Workers Bill” which has now seen its second reading in Parliament postponed until September. The Bill states that because shop workers have responsibilities to uphold the law on age-restricted products they should be afforded greater protection in carrying out those public duties.

In its 2020 Crime Report*, the Association of Convenience Stores (ACS) found that a quarter of violent incidents resulted in injury, with a weapon used in almost 20% of occurrences. A knife was the most commonly used weapon (43%) with axes, hammers and syringes also used to attack or threaten shop workers.

In 2019, Co-op funded research** into retail crime, with the hard-hitting findings reporting that shop workers were showing signs of Post-Traumatic Stress Disorder (PTSD).

Co-op has committed a further £70M over the next three years in innovative technology to keep colleagues safer, it has introduced: SmartWater Fog Cannons, the latest remote monitored iCCTV, body cameras and, communication headsets for all frontline colleagues.

Cheryl Houghton, Co-op Retail Security Manager, said: “Shop workers play an essential role serving communities, yet they have to contend with unprecedented levels of violence and abuse on a daily basis. As a community retailer we see the impact of social issues in our stores. I have never seen such high levels of violence and abuse, it’s a societal issue that all retailers are concerned about and it’s having lasting effects on the lives of shop workers - both mentally and physically. It is not part of the job to be verbally abused, threatened or attacked and we’re determined to make sure it isn’t. Calling for greater protection for shop workers carrying out public duties and for the root causes of crime in communities to be addressed.”

Richie McBride, Director of Business Operations, Video & Analytics at Motorola Solutions U.K., said: “Body-worn video is becoming a critical element in commercial organisations’ strategy to keep their employees safe. As a company focused on mission-critical solutions, we provide our commercial customers with the right tools to help them enhance their operational efficiency, responsiveness and safety. We are proud to partner with one of the U.K.’s largest retailers in its work to further improve the shopping experience and enhance safety for both shoppers and staff.”

With customer facing staff you need a little bit of style. The #MotorolaSolutions ST7000 #TETRA #TwoWayRadio is sle… twitter.com/i/web/status/1…

The operational success of a business relies heavily on the ability to communicate, keep the workforce safe and phy… twitter.com/i/web/status/1…

For moments when #factory productivity, uptime, safety, and security are on the line use technology to drive down t… twitter.com/i/web/status/1…

#MotorolaSolutions #VideoSecurity, #VideoAnalytics and access control solutions are designed to provide you with th… twitter.com/i/web/status/1…