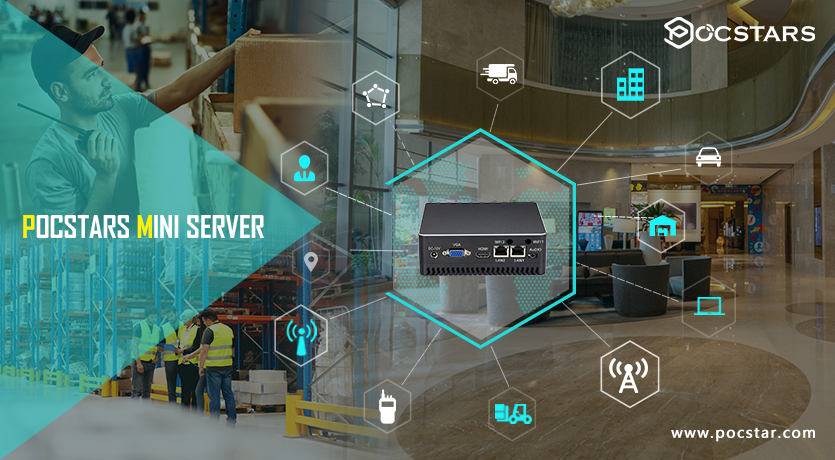 POCSTARS offers its MiniServer in three versions, including standard, enterprise and advanced version. With capacity up to 200 users the standard version is capable of serving most of customers, such as hospitals, hotels and supermarkets.

Push-to-talk over Cellular, or PoC, technology has witnessed increasingly more user adoption and support thanks to PoC products’ obvious advantages. In China only, over 4,000,000 pieces of PoC terminals are shipped annually. At the same time, more users are trying to have their own private PoC systems with more affordable price. They want to keep all the data in their own server. POCSTARS MiniServer is introduced to fulfil such requirements. It comes with multiple features to address the market demands.

POCSTARS offers its MiniServer in three versions, including standard, enterprise and advanced version. With capacity up to 200 users the standard version is capable of serving most of customers, such as hospitals, hotels and supermarkets. Features such as trunking push-to-talk, voice recording, positioning and text message come with the standard version. The server itself is compact and power efficient and works quietly.

The enterprise version is for middle-sizes businesses such as security and logistics companies. It supports up to 500 users. Besides features in the stand version, it comes with features such as multimedia IM, geo fencing and grouping.

The advanced version supports up to 1,000 users. It is capable of multi-layer management, real time video dispatching and connectivity with the private two-way radio systems via gateways. It adopts standard 1U design and deploys in IT infrastructure rooms. It is ideal for public safety, law enforcement and other large size institutions.

POCSTARS is dedicated to connecting technological frontiers and bringing the best PoC solutions to users, and MiniServer is one of its latest innovations. For those who want to have their own private PoC cloud system, MiniServer is a highly competitive product, which is able to decrease users’ cost by 30% and requires deployment time as short as 30 minutes.

POCSTARS is well known for its agile optimization of software features according to users' input. After adjustment… twitter.com/i/web/status/1…