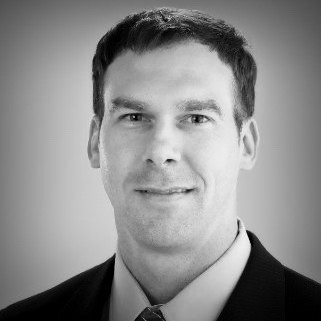 FirstNet is enabling first responders to act both more effectively and more safely in emergency situations through the use of next-gen technologies like IoT and drone platforms. Read more about the integration of these technologies below.

The flexibility, bandwidth and coverage of LTE connectivity is key to the resilience of this transformative network.

The implementation of the First Responder Network Authority (FirstNet)—the first nationwide high-speed broadband network for America’s first responders—has opened up a whole new range of opportunities for technology to assist in their mission-critical work. FirstNet is built on an LTE network. It’s the flexibility, coverage and bandwidth of LTE and the reliability and resilience built into FirstNet that are catalyzing the emergence of applications, helping to enable new ways of working for the public safety community. FirstNet is built with AT&T in public-private partnership with the First Responder Network Authority.

A key example of the power and importance of FirstNet is the increasing use of real-time surveillance and data gathering by drones, or unmanned aerial vehicles (UAVs). The benefits of drones are slowly being realized, and they’re being deployed in a growing number of agencies to enhance productivity and to increase safety and security.

Goldman Sachs forecasts a market opportunity worth some $100 billion to 2020, with the fastest growth opportunity coming from business and civil governments that are expected to spend around $13 billion on the technology. Public safety and first responders, in particular, are looking at the deployment of enterprise-grade drones. Drones are light, nimble and don’t get caught in traffic jams or caught up by difficult-to-navigate terrain. They can scope out dangerous situations, such as an active shooter or a hostage situation, and they provide an unobstructed view of an emergency situation, delivering critical information back to first responder teams.

There are a number of documented use cases that demonstrate just how powerful the results of deploying these UAVs can be. Fire and rescue services are using drones for a variety of purposes, including incidents involving hazardous materials, evaluation of wildfires and vehicle accidents. In Florida, the Orange County Fire Rescue Department utilizes drones, most notably during Hurricane Irma when the combination of drones and augmented reality resulted in the rescue of a family trapped by the rising waters.

During the Boston Marathon in 2018, law enforcement agencies set up multiple command centers and security checkpoints while also activating more than 100 surveillance cameras and deployed tethered drones to monitor the area around the race course, all connected by FirstNet. In Texas, testing is approved for a drone system aimed at first responder use, and in New Jersey, there is a drone team ready to respond to emergencies.

The AT&T network, which is the backbone of FirstNet, relies on drones to keep its network operational in a disaster recovery situation. The all-weather drone, termed the Flying COW (cell on wings), can fly in extreme weather, operate at extreme temperatures, and is part of AT&T’s Network Disaster Recovery (NDR) system.

These examples of mission-critical applications utilize drone capabilities in different ways, but the success of each and everyone relies on the effective integration of the aerial system, cloud computing resource and the ground-based sensors, control rooms and operator systems. These are the elements that transform the UAV into the UAS—the unmanned aerial system. The control of the drone, and the data it collects, relies on the efficiency of the connection back to base, to where the data is processed to extract the value of the information.