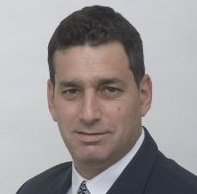 Both for public rallies and events as well as presidential convoys, full synchronization is required between convoys and security personnel as is the ability to have complete visibility and awareness of the surrounding area and situations.

Presidential elections worldwide would be nothing without the controversy and occasional riots. These occasions are public events fueled by opinions, emotions, joy and oftentimes anger. The US presidential elections have been filled with no less. Take for example the 1968 presidential election between Nixon and Humphrey. This race was during a period where contentious confrontations took place between police and war protestors. At this time, some of the most notable public figures in American history, civil rights activist Martin Luther King Jr. and Robert F. Kennedy were both assassinated and race riots were taking place.

Today, the landscape for the US presidential race presents a tumultuous environment as well – with issues of “Black Lives Matter”, gun control view points, and the heated opinions that are brewing about the strong-minded candidates in both parties – and ensuring the safety and security of the public and the candidates is imperative.

Attendance at political campaign rallies can sometimes reach tens of thousands of individuals, sometimes even more. Rallies are held in many different venues, from large auditoriums, to stadiums, and sometimes even occupying full city blocks. In order to maintain the safety of those in attendance, uninterrupted lines of communication are necessary, and in these settings, the existing communication infrastructures oftentimes crash due to the intensity and capacity required, leaving gaps in communication, thereby not enabling the prevention of riots or even possible homeland security incidents. Additionally, the spaces in which these public events are sometimes held are not always wide-open, thereby requiring smooth lines of communication in Non-Line of Sight settings.

In an effort to mitigate the risk of potential disasters in large-scale public events, implementing a communication network that combines 4G with a Mobile MESH system allows for a fully connected network between all units that will enable connectivity in even the most densely populated conditions. This means, even if a communication failure occurs with one unit, it will not affect the other units, thereby preserving the line of communication. In addition, certain Mobile MESH Systems can not only overcome most environmental obstacles, but with the addition of 4G, can extend their transmission modes to Unicast, Multicast and Broadcast.

The convoys that transport presidential candidates and their entourages are transporting individuals who can potentially make the most important decisions with respect to the security and development of the United States and its citizens. These are vehicles that require the highest security surveillance and in turn require on-the-move connectivity. The provision of various VIP Convoy Security solutions that deliver vehicle-to-vehicle wireless communications including real-time HD video and multi-point communication between air, land and sea, deliver an all-around view of the convoy’s surroundings.

Offer Herman Vice President, EMEA Sales at Mobilicom. He has more than 20 years of delivering revenue in highly competitive markets in the telecommunication industry. Offer held various senior positions in sales and marketing at several high tech companies in Israel. He has led a variety of sales and marketing initiatives in EMEA, Asia and the Americas. Prior to joining Mobilicom, Offer was Sales Director at Fiberzone Networks, where he led the company’s sales and marketing activities in the Asian and EMEA telecommunication markets. Before Fiberzone, Offer worked at RiT (NASDAQ: RITT) for ten years, as VP of Sales. In his position at RiT, Offer was responsible for expanding the company’s reach into new markets, leading several multi-million dollar deals with the world’s largest carriers and enterprises. Offer also served as a Sales Manager at ArelNet, one of the pioneers of VOIP technology. Offer holds a B.Sc. degree in Industrial Engineering from the University of New Haven in Connecticut.