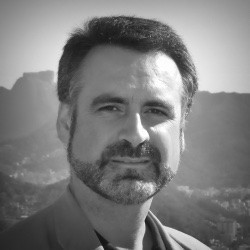 There are 2 key elections coming up this month (May 2015) that will play their part in deciding the future of critical communications in the United Kingdom, Europe and around the world. Quixoticity looks at the key decisions facing voters in both election

Quixoticity believes that the TETRA + Critical Communications Association has a massive role to play in the future of critical communications, as we look at ways of enhancing the robust, resilient, tried and tested existing TETRA/digital PMR offerings with exciting new broadband capabilities that must be standardised on a global scale to be interoperable, compatible and affordable on a global scale. We encourage all existing TCCA members to participate more in TCCA activities and for non-TCCA members who are passionate about the future of our industry to join in the dialogue.

More information about becoming a member of TCCA can be found at: http://www.tandcca.com/assoc/page/12043

Unfortunately, we lived in a vacuum for too many years believing that we were the only ones who understood the requirements of our users and spent too much energy fighting amongst ourselves over which was the best technology solution for each market and market segment. We now find ourselves part of a much larger, converging global market. The status quo is no longer an option. In order to preserve the TETRA legacy and build on our successes in the future, we need to embrace change and accept new ideas and ways of working. We need to step up to the challenge of a rapidly changing landscape where the possibilities for the future are limitless, if we are brave enough to play an active role in a much larger world where all communications become critical.

Huawei’s commitment to critical communications and their continued attempts to understand the needs and concerns of our industry and its end-users is to be commended. Eyebrows have certainly been raised within TCCA by Huawei’s decision to support Urban Scott as a candidate for the TCCA Board. Huawei is a powerful global brand with considerable resources and a coherent plan for an exciting TETRA+LTE+5G world that will emerge over the coming decade. Quixoticity sees this as an opportunity for TCCA to go to the next level as an Association by growing a stronger and more vibrant critical communications ecosystem, and therefore we recommend:

Quixoticity believes in global standards, global markets and greater opportunities for all as the best possible conditions for social value-enhancing public services. This means that the United Kingdom has to play a more prominent, active role within Europe to promote the Digital Single Market and act globally to lead the emerging Digital Economy; while guaranteeing access to spectrum, funding and the right mix of appropriate technologies for emergency services and other critical communications users.

The current UK coalition government through its brutal policy of enforced austerity and continued privatisation and destruction of the public space has failed to defend public services and public safety for ideological reasons; the Conservative promise to hold a referendum on the UK’s continued membership of the European Union is, at best, a distraction, and at worst, a dangerous move that could damage UK’s standing in the world, diminish our global role and threaten millions of jobs.

Everyone who reads this blog knows my opinion on the dangers inherent in the Emergency Services Mobile Communications Programme (ESMCP) and the need for us to take another look at this critical project for the future of this country once we know the composition of the new Government. Look out for the final part in the days to come.

In spite of doubts about the prospects for real change in such an inherently conservative country where 20th century memories of Empire and latent Thatcherism still cast their long shadows, Quixoticity still believes in the capacity of the younger generations to right the wrongs of their elders and reject privilege, isolationism and bigotry, and therefore recommends:

UK Emergency Services Network: Is there an alternative? (Part 2)

Will TETRA be replaced by LTE?