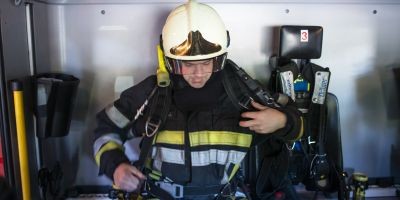 Paging reliability is usually greater than 99.9%.It uses a broadcasting technology known as "simulcasting" enabling radio signals to be received from a variety of base stations at the same time and “add together”, pagers work even if one or more transmitters are not functional.

Paging works in locations where other messaging technology may struggle to receive coverage. It works in remote areas, underground, can penetrate buildings and can be used in environments that do not permit mobile phone usage such as hospitals and aeroplanes.

The cost of paging tends to be lower than other technologies due to operators charging one fixed monthly cost. This means there is no per message charge assisting business with cost control as the charge is the same to send paging messages to one or one million contacts.

The time from a page being sent to one being received is on average no more than 30 seconds though it can be as little as five seconds. This is a vital reason why it is utilised by many of the Emergency Services globally.

During major emergencies, other networks often become congested and messages are then delayed or not sent. As paging messages are transferred via an independent dedicated distribution network they are not affected by congestion and are ideal for pseudo real time messaging. Pagers also benefit from a long battery life meaning that during an on-going critical incident, team members need not worry about recharging the device.

Paging has the ability to contact millions of people with just one call. It is used in many countries to alert first responders to an emergency, these could be off duty hospital staff, volunteer firemen, lifeboat crews, etc. It is also an ideal method for alerting and informing at-risk members of the public during such an event.

Pagers are compact and can be silent when required.

Pagers can be combined with other devices and software such as smoke alarms, IT systems, production lines and refrigeration units to alert in the event of failure.

Pagers time and number stamp each message sent so it is easy to see if a message has been received or whether a pager was turned off. If a message is not received it can be re-transmitted.

After decades in use, paging has proved its worth and continues to grow with ever more emergency services and businesses adopting paging for contingency planning purposes..