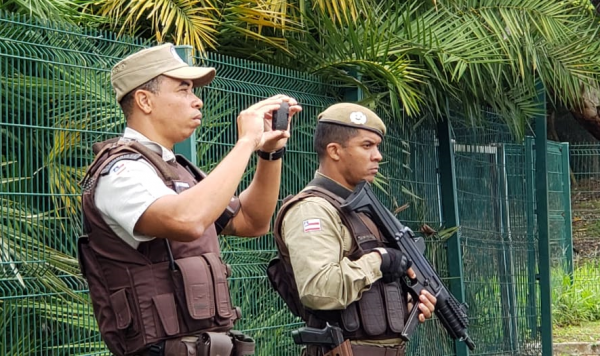 Teltronic has developed a convergent TETRA and LTE radio communications system, the only one in the market fully integrated and with a single Network Management System, which meets the growing needs of greater data capacity while ensures the reliability of voice communications. A system that was successfully tested in Salvador de Bahia, in a police real operation, proving the value of this innovative solution.

In public safety and emergencies environments, it is vitally important to have a reliable and robust communication system that allows operation without any single point of failure. Likewise, it is desirable that it allows the greatest information flows, in order to improve the efficiency of operations and the decision-making processes.

Teltronic has developed a convergent TETRA and LTE radio communications system, the only one in the market fully integrated and with a single Network Management System, which meets the growing needs of greater data capacity while ensures the reliability of voice communications. A system that was successfully tested in Salvador de Bahia, in a police real operation, proving the value of this innovative solution.

Some years ago, the Spanish company had already deployed a TETRA communications network that covers the entire state of Bahia, and that is used by different agencies: firefighters, civil protection, traffic police ... The network has worked successfully, responding to the communication needs of users, both voice and data within the capabilities offered by a narrowband technology. 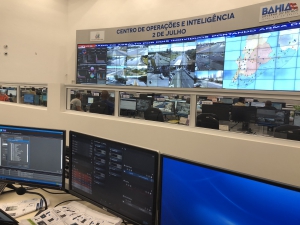 Through this convergent solution, Teltronic was able to incorporate broadband capabilities into the already deployed narrowband system by integrating a private LTE system that covered an area of ​​the state capital, Salvador de Bahia.

The system consists of a fixed radio infrastructure whose base stations are equipped with TETRA and LTE transceivers, providing two overlapping layers of coverage in both radio access technologies from the same location.

The great novelty that Teltronic's solution provides is that it is the only one in the market that integrates both radio accesses using a single Network Management System and Control Node. In this way, we can talk about a single fully integrated network, since it integrates the user experience into a single system, and provides the same guarantees of availability and quality than professional radio standards.

In this way, users, thanks to TETRA + LTE dual terminals and coordinated management of the operating modes, operate their voice and data services transparently, now expanded with applications that demand greater capacity, such as the transmission of real time video.

The other great differential value is that it is also natively integrated with the Teltronic control and command center solution, CeCoCo, thus forming an end-to-end communications suite that integrates voice, data, location, video and management of incidents applications in a unique environment of use. This represents an important qualitative leap in the experience of use for mission-critical environments that need to integrate and coordinate resources with different profiles (public safety, health, rescue), as happens in services type 112 or 911, among others.

As a result, Bahian police could verify the benefits added by Teltronic’s Solution. Thus, for example, the control centre could know at all times the real-time location of police forces, which improve coordination and routes. 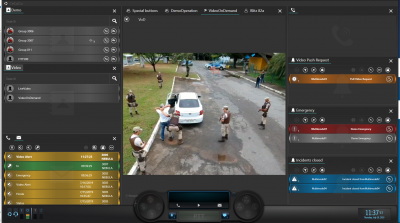 In addition, the control room received the live image of what is happening in the operation, being able to monitor and supervise the police action thanks to the video transmitted by the cameras of the agents and others located, for example, in a drone that provided overhead shot of the action.
Also, agents could send photographs through their terminals, which were received at the control center for identification. The control room is connected to Interpol data bases, thereby allowing facial recognition by means of artificial intelligence that offers in less than 10 seconds the green light of the scanned suspect. Similarly, photographs and videos of interest could be sent by the IC&C to the officers’ devices. Thanks to the LTE connection, these terminals also allow, in situ, access to databases (license plates, police records, etc.)

All of this means that police operations increased their security, improving their efficiency and, in addition, enhancing decision-making processes, as the system allows greater volumes of information that are shared immediately.

Teltronic stands out once again in the mission-critical communications market creating a convergent technology unprecedented so far in that market. This convergence begins at the level of fixed radio infrastructure whose signal transmission and reception modules are duplicated to provide TETRA and LTE services simultaneously.

The second level comes from the dual multimode terminals that allow the operation in both technologies simultaneously, and enable to manage voice communications in critical environments while transmitting images in real time to the control centres.

The last level of the convergence is the control center. Currently, they are fully designed for the efficient management of critical communications, however, the adherence of LTE broadband technology to both infrastructure and terminals requires control centers to be adapted to receive and manage transmissions of video from real emergencies in the field and distribute them effectively among the user groups.