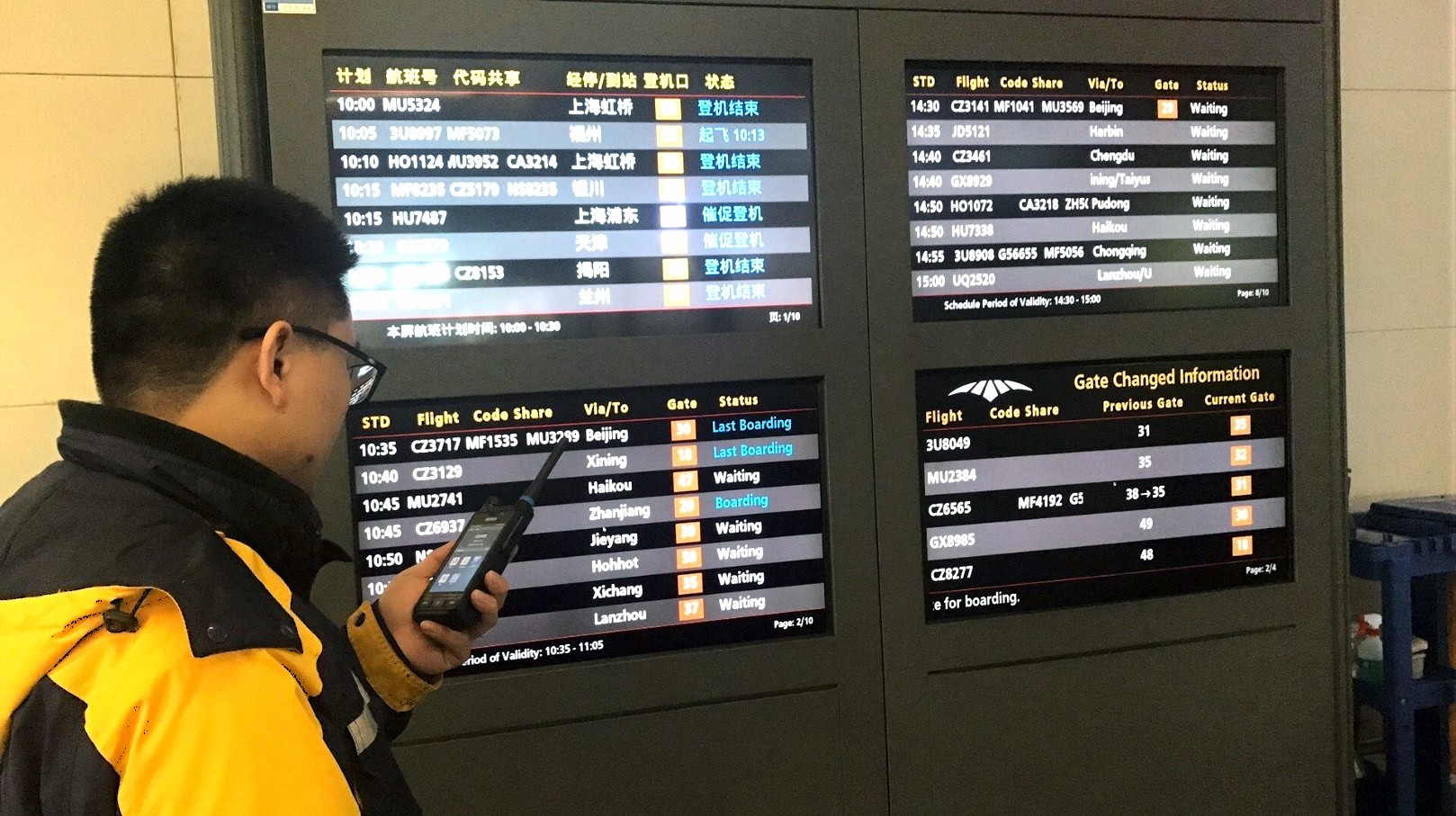 Due to the increase of trade, tourism, exhibition, and cultural exchanges, the traffic volume of Changsha Huanghua International Airport has maintained a strong growth momentum in recent years. As the passenger throughput grows at a rate of 8% every year, security facilities in the airport have been overloaded. The traditional 150 MHz analog system of the airport missed many places in coverage. The radios in the system can carry out only the voice communication, and the anti-interference ability is not satisfying. Airport business departments, airlines, production units, and airport-stationed units have built their own communication systems. As a result, there is no unified command and control system or unified emergency command channel, so apron command often loses charge of the whole situation. The rapid response of communication systems cannot be realized in this case, which greatly affects the security and efficiency of airport operation. It is urgent for the Huanghua International Airport to establish a private network communication system of multimedia integration and unified dispatch to ensure operation safety.

In order to solve this problem, Changsha Huanghua International Airport has adopted the broadband-narrowband convergence solution based on 400 MHz digital trunking, including 400 MHz digital trunking system and 4G broadband network applications. With the 4G private network that the operators built for the airport, the customized A-CDM system, and more than 500 multi-mode advanced radios, the Airport has formed a closed-loop business management mode of pre-planning, in-process monitoring and post-analysis, which ensures the orderly and efficient implementation of ground services and realizes the whole process management of production tasks. In the past, the control center dispatched the airport staff from departments of maintenance, guardianship, cargo, passenger transport and food after receiving the landing information of an aircraft, which made the preparation time very limited. Sometimes the flight crew were not in place after landing. Now, the system monitors the landing time of aircrafts in real time and automatically informs the staff of tasks via the APP running on the multi-mode advanced radios. The staff can be ready 15 minutes before landing. The built-in 400 MHz trunking module of the multi-mode advanced radio ensures mission-critical voice communication in real time.

It is an obvious trend that private network solutions are built on the public network, and private network communication is also developing toward broadband in the future. However, at the current transition stage from narrowband to broadband, private network vendors are actively promoting the broadband-narrowband convergence. Horizontal broadband-narrowband convergence and vertical integration of radios, systems and scheduling APPs can help users realize the deep integration of products, business, and management. The deep integration can not only protect the existing investment of users, but also ensure the mission-critical voice communication and enrich users' multimedia services. With the combination of existing narrowband network resources and mobile broadband resources, the reliability and security of the converged network can be enhanced, improving the efficiency of various industries with more convenient data and voice APPs.

In face of #security requirements for mega events, #Hytera can provide portable base stations to set up the broadba… twitter.com/i/web/status/1…

As the #wuhanvirus continues to break out, donations and supports from all walks of life are being delivered to Hub… twitter.com/i/web/status/1…

10 features you must know about #Hytera #LTE body worn camera! 216° rotatable camera always captures at the best an… twitter.com/i/web/status/1…