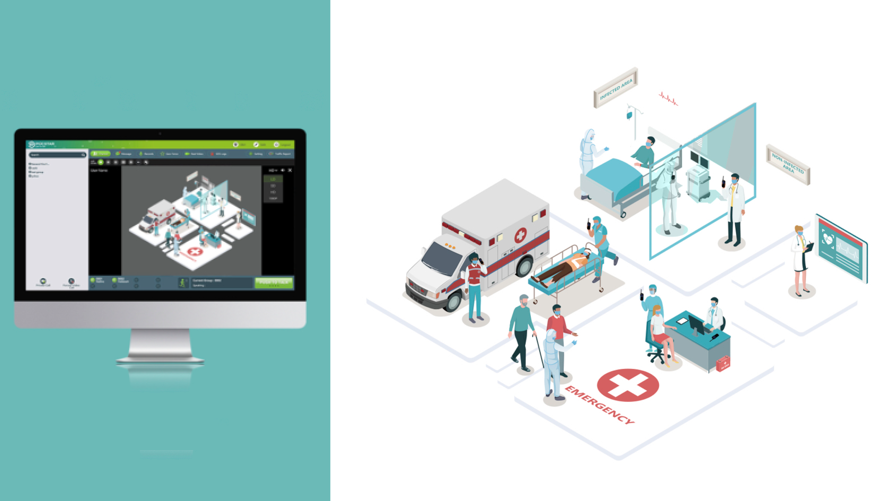 In the past two years, POCSTARS made a lot of progress by upgrading its software platform and optimizing features.

The professional mobile radio (PMR) industry had its first major convening for two years since the outbreak of COVID-19. International Wireless Communications Expo (IWCE) 2021 completed its four-day conferences and exhibits at the end of September in Las Vegas. Since the international travel limitation and inconvenience are still in place, vendors from China were absent from IWCE 2021. Radio China talked to some of the vendors, such as POCSTARS, about how they navigated through the harsh time of pandemic.

“Back then we were actively looking for resellers and partners in different countries. Appearing at Industry events was part of the effort, and it was rewarding,” said Rong.

Not being able to have face-to-face interaction with existing and potential partners means one important channel of engagement is interrupted. However, it did not change the leading Push-to-talk over Cellular (PoC) solution provider’s overall strategy, as Rong puts it.

In the past two years, POCSTARS made a lot of progress by upgrading its software platform and optimizing features. The company...

“At the core of our strategy is to win partners and customers with the right products. Our software suite keeps including new features based on requests from the market. We had a decent increase of sales driven by a growing partner base,” said Rong.

POCSTARS measures its PoC solutions in six dimensions, feature, terminal, security, customization, service, and public & private convergence. POCSTARS’ product offering improved in all these six dimensions, and that is the key to growing partner community, according to Rong.

Swissphone expands its range of services in the field of "Critical Event Management" through the acquisition of instaSOLUTION AG, Pascal Jaggi becomes new CEO