When Lives Depend on Lines of Communication, Satellite Delivers 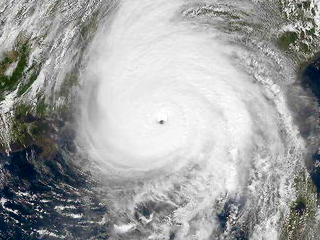 When a natural disaster strikes – no matter where in the world – lives depend on lines of communication. Yet while hurricanes, floods, tornadoes and wildfires incite an urgent need for communications, they simultaneously crush the networks that make those vital connections possible. Flooding, seismic activity, fire, high winds, downed trees – even recovery construction – all damage terrestrial communications infrastructure like wires, fiber and cable. But satellite services endure, and, time and again, deliver the crucial connectivity that first responders, citizens and medical teams need in the wake of a natural disaster.

After Hurricane Maria devastated Puerto Rico in 2017, Hughes deployed over 1,500 VSATs across the island, enabling first responders to transmit and receive data and images and make Voice over IP calls when thousands of miles of communications lines were destroyed. The San Cristobal Hospital, on the south side of Puerto Rico, used our satellite connection to order medicine and supplies, update patient medical records online, and coordinate urgent patient transport to San Juan. A local retailer established a satellite-enabled Wi-Fi connection and opened it to neighbors to reach out to loved ones. For a national retailer with four warehouses on the island, our team helped deploy an emergency network solution so they could resume operations quickly and distribute food, water, medicines and clothing. And when the island’s 90-year-old Guajataca Dam was in danger of failing, the National Weather Service used Hughes satellite connectivity to alert agencies in the U.S., including the Department of Defense and FEMA, coordinating a timely evacuation of 70,000 residents at risk from flash flooding.

As Hurricane Michael struck the southeastern U.S. in 2018, HughesNet customers in its path stayed connected except at the very peak of the storm. In the aftermath, in conjunction with FEMA, Hughes again deployed portable VSATs to help establish mission-critical communications for first responders. At the same time, wireless carriers, including Verizon, Sprint, AT&T and T-Mobile, deployed emergency satellite backhaul to help get their networks up and running. In fact, a 2019 FCC report on Hurricane Michael concludes that, in many hard-hit regions, mobile wireless suffered “significant lapses in consumer connectivity,” with some providers taking days or more to get back online. The report goes as far as to recommend that “wireless providers use diverse backhaul options, such as microwave links and satellite links, in hurricane-prone areas.”

Time and again, satellite delivers the essential connection communities need after natural disasters. After a wildfire ravaged a Big Sur, California community, one resident’s HughesNet service was the only working connection for neighbors to call loved ones and get help after they’d lost everything. During the recent earthquakes in Puerto Rico, when power was restored, HughesNet customers were up and running – while nearly 60% of the networks on the island were still down.